Magistrate Jayaratne instructed the CriminalInvestigations Department (CID) to further interrogate Thomas and report the findings to the court. 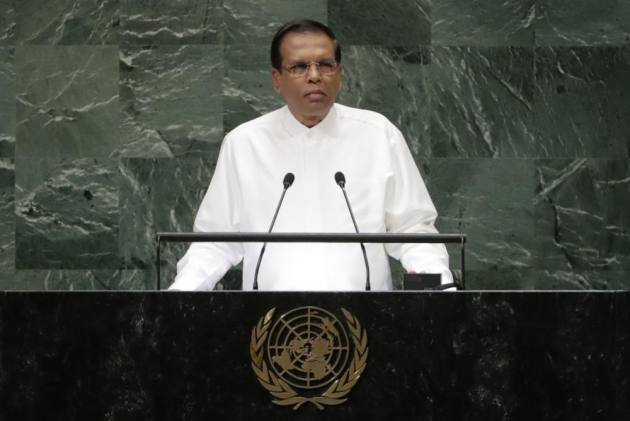 The Indian national, identified as M Thomas, who was aware of an alleged plot to assassinate Sri Lankan president Maithripala Sirisena was arrested on Tuesday.

He was arrested from the residence of the Anti Corruption Movement operations director Namal Kumara, who exposed the assassination plot, CID Chief Inspector RanjithMunasinghe informed the Fort Magistrate Court.

Magistrate Jayaratne instructed the CriminalInvestigations Department (CID) to further interrogate Thomas and report the findings to the court.

Thomas was arrested when he visited Kumara's home atWarakapola in the southwestern region.

Kumara had revealed that former in-charge of the Terrorist Investigation Division DIG Nalaka de Silva had discussed with him the alleged plot to kill Sirisena and the former Defence Ministry Secretary Gotabhaya Rajapaksa, the court was told.

Silva was questioned by the CID on Kumara's revelations. He has been transferred out of the terrorism bureau pending investigations.

Thomas who was taken into custody for his alleged links to Kumara, arrived in the country on a tourist visa, which he overstayed, the court was told.

Meanwhile, the court has ordered to check the authenticity of sound tapes which Kumara had produced purported to be conversations between him and Silva.