Navy Chief Admiral Sunil Lanba said that government is planning to strengthen its maritime area around Maldives after having a favourable government. 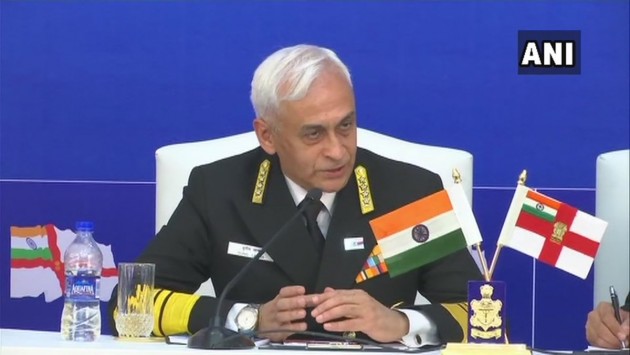 With a view to enhance the maritime capacity, the Indian Navy is planning to install 56 warships and submarines and, Navy Chief Admiral Sunil Lanba said Monday.

"Navy is looking at inducting 56 warships and submarines to enhance its strength. This is apart from 32 warships under construction," he said at his annual press conference.

Navy Chief Admiral Sunil Lanba: As regards our commitment to thwarting piracy in Gulf of Aden, Navy remains committed to curbing this global menace. Since 2008, 70 Indian naval warships have been deployed, which safely escorted over 3440 ships with over 25,000 mariners on board. pic.twitter.com/HYvi4AXwpm

"We are looking into the contract,” he said while answering a query about the contract given to Reliance Naval Engineering limited for five offshore patrol vehicles.

"Bank guarantee for the deal has been encashed," he added.

He also said that government is planning to strengthen its maritime area around Maldives after having a favourable government.