Supernovae (SNe) are highly energetic explosions in the universe releasing an enormous amount of energy. Such type of supernovae called SuperLuminous Supernova (SLSNe) are very rare. 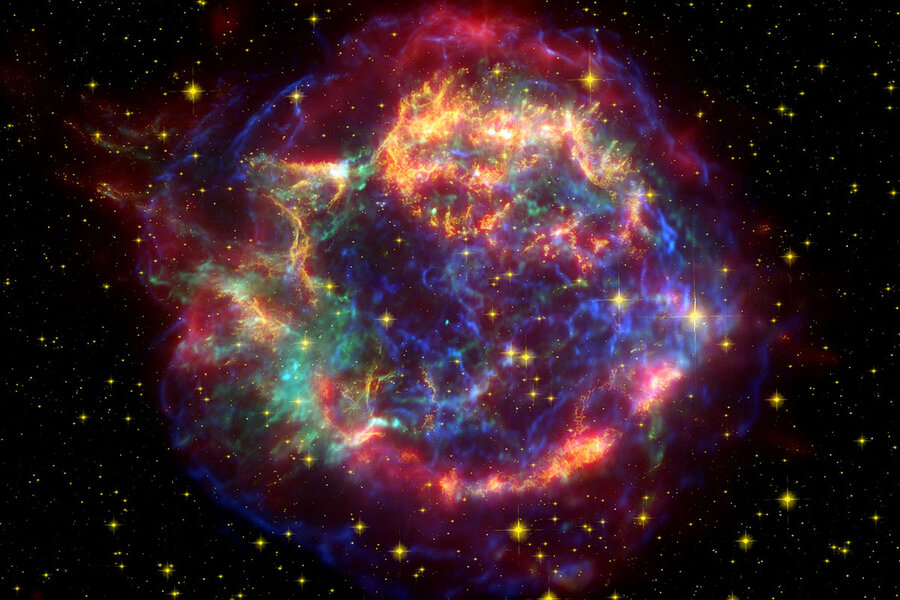 Indian researchers of the Aryabhatta Research Institute of Observational Sciences (ARIES) Nainital, are busy observing an enormous bright, hydrogen deficient, fast-evolving supernova. An exotic neutron star with an ultra-powerful magnetic field is the source of it's  energy.

According to the Department of Science and Technology (DST), a  detailed observation and research on such ancient spatial objects has the potential to unravel the mysteries of the early universe.

Supernovae (SNe) are highly energetic explosions in the universe releasing an enormous amount of energy. Such type of supernovae called SuperLuminous Supernova (SLSNe) are very rare.

This is because they generally originated from very massive stars (minimum mass limit is more than 25 times that of the sun), and the number distribution of such massive stars in our galaxy or in nearby galaxies is sparse. Among them, SLSNe-I has been counted to about 150 entities spectroscopically confirmed so far, the DST said.

These ancient objects are among the least understood SNe because their underlying sources are unclear, and their extremely high peak luminosity is unexplained, it said.

The SN 2020ank, first discovered by the Zwicky Transient Facility on January 19, 2020, was studied by scientists from Aryabhatta Research Institute of Observational Sciences (ARIES) Nainital, a research institute under the Department of Science and Technology (DST), from February 2020 and then through the coronavirus lockdown phase of March and April, the DST said.

The apparent look of the SN was very similar to other objects in the field. However, once the brightness was estimated, it turned out as a very blue object reflecting its brighter character, it said.

They found that the outer layers of the onion structured supernovae had been peeled off, and the core was shining with a borrowed energy source, it added.

The study led by Amit Kumar, a PhD student working under S B Pandey, and published in the Monthly Notice of the Royal Astronomical Society suggested a possibly powering source from an exotic type of neutron star with an ultra-powerful magnetic field (magnetar) with a total ejected mass of ~ 3.6 ? 7.2 times the mass of the sun, the DST said

The study established the role of 3.6. DOT is exploring very rare distant SLSNe in the future.

Deeper investigations could explore the underlying physical mechanisms, possible progenitors, and environments hosting such rare explosions and their possible associations with other energetic explosions like Gamma-ray bursts (GRBs) and Fast Radio Bursts (FRBs), the DST said.