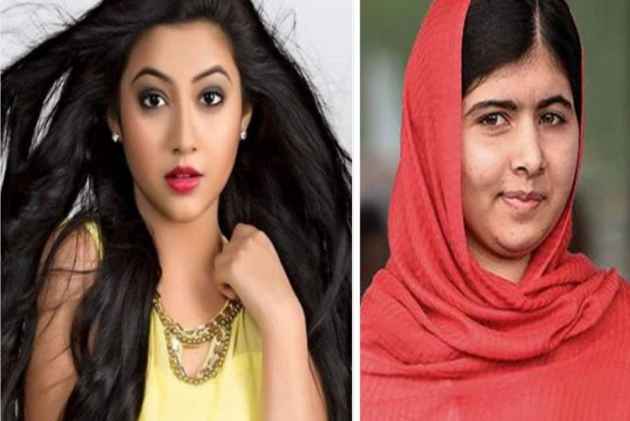 The inspiring story of Pakistani activist and Nobel Peace Prize winner Malala Yousafzai is set to hit the big screens as a biopic soon.

Indian actress Reem Sheikh, who is playing the lead role in the biopic, "Gul Makai", has unveiled the first poster of the movie on her Instagram, reports The Express Tribune.

The film, which also stars late Om Puri, Divya Dutta --who will be seen in the role of Malala’s mother -- and Ragini Khanna, has been produced by Anand Kumar.

It's an honour to be working with Divya Mam! She is playing my mother's role. Biopic of Malala Yousafzai- Gul Makai

Who is Reem Sheikh?

For the biopic, Sheikh has been training to perfect her diction, mannerisms and body language, in order to portray the role of the Pakistani activist as convincingly as possible, reports India Today.

Kumar is happy with the first edits and is excited to resume the shoot of the film.

“The biopic is 50% finished and I am super curious to bring it to the silver screen soon. We have already shot the war sequences and other important schedules. Now, we will be shooting with our ‘Malala’ in Kashmir,” Anand said in a statement, reports IANS.

Some parts of the film were shot in Bhuj and Mumbai in 2016. Later, the cast and crew were supposed to shoot in Kashmir, but owing to the tumultuous situations in the valley had to drop the plan, adds IANS.

Malala, who will be turning 20 this month, had been attending a school in the city of Birmingham in UK where she was treated after being shot in head by Taliban in October 2012 in Pakistan. Malala has since become a global icon for girls’ education, winning the Nobel Peace Prize in 2014.

Malala may be on her way to study at the prestigious Oxford University if she gets the required AAA grades. She is likely to take up a place on the popular Philosophy, Politics and Economics (PPE) course at the university, reports PTI.