Indians Lazier Than Chinese, But India Most Stable: Dalai Lama 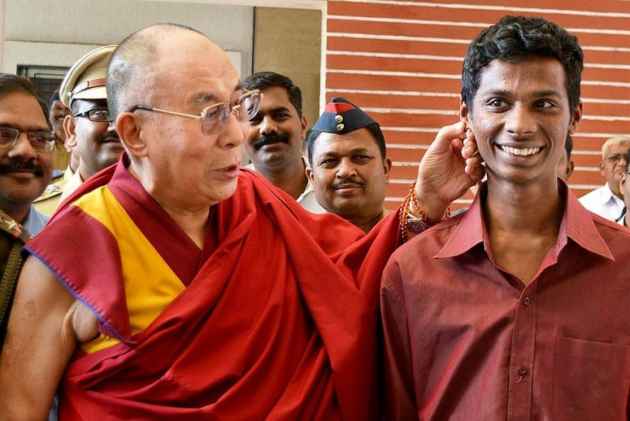 Tibetan spiritual leader the Dalai Lama said today that the people of India are lazier than the Chinese but the country is "most stable" and a "living example" of diverse traditions.

He drew a light comparison between the people of India and China at an interactive programme organised by the Indian Chamber of Commerce here.

Compared to the Chinese, "I think, Indian people are lazy", he said.

"May be it is due to the climate. But India is most stable. In the world stage, India can play a role," he said.

The Dalai Lama lauded India for its "spirit of religious tolerance" and for carrying different traditions together.

"Religious tolerance is very important... Although there are problems sometimes due to politicians who try to manipulate that," he said.

"India has a tradition of living together. (It is) a living example of different traditions being carried together," the Buddhist monk said.

"I can proudly state the same about Tibetan culture," he said.

The Dalai Lama also referred to the Dokalam stand-off and said these were "small problems".

"The Chinese Army had come. Then there was ceasefire. Then withdrew. It is not easy," he said.

China and India needed each other in the spirit of `Hindi-Chini bhai bhai', he added.

Praising Indians for their "genuine" smile, the Dalai Lama said in a lighter vein, "The Chinese officials are experts in giving artificial smiles".