Pradhan said the country accords high priority to a gas-based and clean economy and is planning to more than double the share of natural gas in the energy mix to 15 per cent. 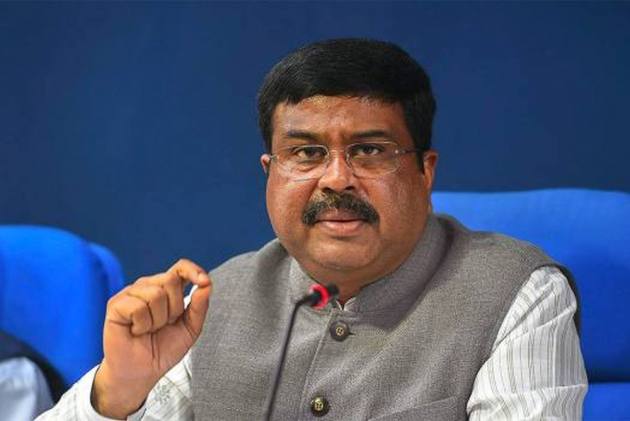 Petroleum Minister Dharmendra Pradhan during his trip to Abu Dhabi said that India's energy consumption is the third-largest in the world which will nearly triple to 607 million metric tonnes by 2040.

Speaking at a roadshow for Discovered Small Field-II bids in Abu Dhabi on Monday, Pradhan said the country accords high priority to a gas-based and clean economy and is planning to more than double the share of natural gas in the energy mix to 15 per cent.

"... in the last four years, we have made giant strides in the oil and gas sector. However, the best is yet to come. No country, international organization or company alone can go far without partnership and collaboration," Pradhan said.

The government has also brought about other policy reforms like coal-bed methane policy, incentivise enhanced recovery to raise output of oil and gas from matured fields, and exploration and exploitation of unconventional hydrocarbon from all fields, he said.

Though natural gas forms a relatively small share of India's energy mix currently, the country intends to create a robust natural gas trading hub and the process to formalise the concept has already been initiated by the government, he said.

"Gas infrastructure projects of over 8 billion US dollars are under implementation across the country. We aim to increase the share of natural gas in the energy mix from the current 6.5 per cent to 15 per cent by 2022," he said.

Further, he said that a National Data Repository, a database of all geo-scientific data of hydrocarbon resources in the country, has been set up to provide ready access to interested companies.