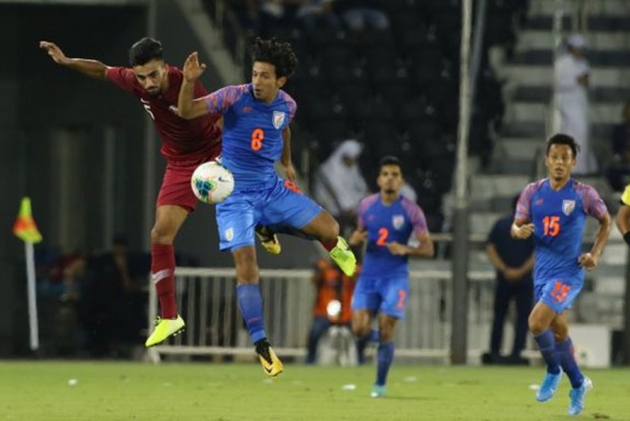 Coronovirus continue to wreak havoc with sporting events as India's 2022 FIFA World Cup qualifiers match against Qatar scheduled for March 26 has now been postponed due to the spread of the deadly virus. (More Football News)

All India Football Federation (AIFF) General Secretary Kushal Das told PTI that the match against the Asian Champions in Bhubaneswar has been postponed and a new date will be known next week.

"India's match against Qatar has been postponed. It will be played later this year but the new date is yet to be decided," Das said.

Ask about the status of the match against Afghanistan on June 9, he said, "That match will also be postponed."

Das said the new dates of India's remaining World Cup qualifier matches will be known during a meeting between the AFC and AIFF officials in New Delhi on Tuesday.

"The meeting will discuss about the new dates of these matches, besides other matters," he said.

World football governing body FIFA and the Asian body AFC had on Thursday proposed postponing all the upcoming 2022 World Cup and 2023 Asian Cup Cup qualifiers in view of the rising coronavirus threat.

"For both FIFA and the AFC, the well-being and health of all individuals involved in football matches remains the highest priority, and as such, a formal proposal to postpone upcoming matches in the Asian FIFA World Cup 2022 and AFC Asian Cup 2023 qualifiers will now be shared with the relevant member associations," FIFA had said in a statement.

Already out of World Cup contention after failing to win a single game, India are also scheduled to play against Bangladesh (June 4 in Dhaka) and Afghanistan (June 9 in Kolkata).

The FIFA and the AFC had said that they will provide an update on these fixtures in the coming days.

The Indian team was to begin a camp under head coach Igor Stimac in Bhubaneswar from Monday but it has now been cancelled.

"The camp now stands cancelled. There is no point of having the camp as the match against Qatar has been postponed," a source in the AIFF said.

Although the Blue Tigers lost their 2022 World Cup qualifier to Oman in Guwahati, they kept their chances alive after holding Asian champions Qatar to a goalless draw in Doha.

But last-minute draws against Bangladesh and Afghanistan followed by a narrow 0-1 away loss to Oman put them out of contention for a next round berth.

India is now seeking to qualify for the 2023 Asian Cup.