'Molt', the youngest of the seven penguins in the zoo, and Flipper, who is the oldest of the lot, have been a couple for a while. 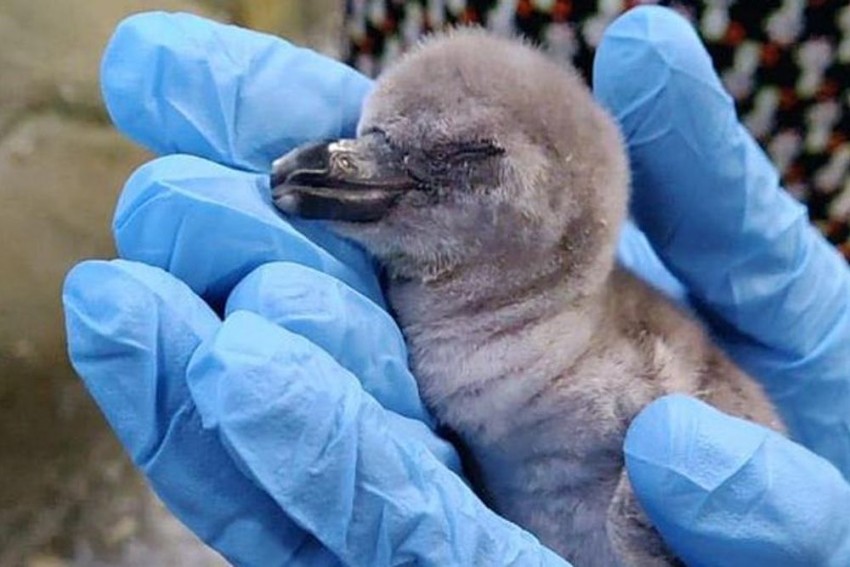 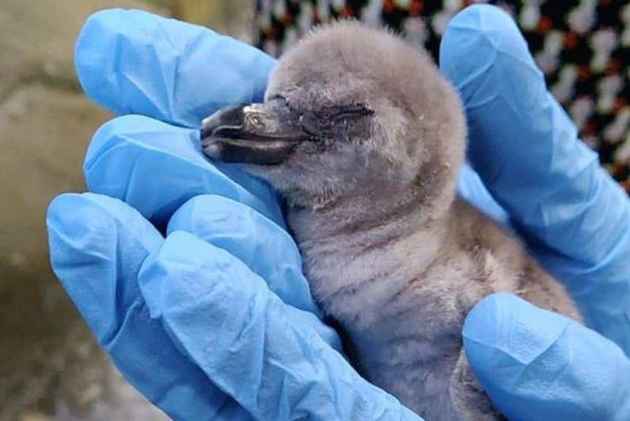 Two years after seven Humboldt penguins made the Byculla Zoo here their home, the family now has a new member, a chick, the first to be born in the country, an official said today.

The chick hatched out of the egg at the civic-run zoo around 8 pm  on Wednesday, he said.

"The chick appeared to be active and its mother 'Flipper' was trying to feed it," the zoo's director, Dr Sanjay Tripathi, said.

It is the first penguin to be born in the country, an official of the Brihanmumbai Municipal Corporation (BMC) said.

Flipper had laid a single egg on July 5. The incubation period is generally 40 days, Tripathi said.

'Molt', the youngest of the seven penguins in the zoo, and Flipper, who is the oldest of the lot, have been a couple for a while, he said.

Zoo officials had also kept an artificial incubator on stand-by, in case Molt and Flipper were unable to hatch the egg.

"We were already prepared to have a new member in the penguin family here," the BMC official said, adding that authorities would ensure the chick is provided good care.

The zoo authorities also released photographs and a short video of the newly-born chick.

Penguins live almost exclusively in the Southern Hemisphere and have an average life span of 25 years.

Eight Humboldt penguins were brought to Mumbai from South Korea in July 2016. One of them had died in the zoo within three months.

Aaditya Thackeray, the son of Shiv Sena chief Uddhav Thackeray (whose party controls the civic body), had earlier pushed for importing penguins, but the decision had come in for criticism from animal rights activists who said the climate in Mumbai is completely unsuitable for the species.

Zoo officials maintain the temperature in the penguins' enclosure between 12 and 15 degree Celsius. They are fed a diet of fish, blast-frozen at minus 80 degree Celsius to avoid any contamination due to microbes, Tripathi said.

The other penguins in the zoo are named Olive, Bubble, Donald, Daisy and Popeye.

Ever since these aquatic, flightless birds were kept for public viewing, the zoo witnessed a steep rise in footfalls, leading to an increase in its revenue.