Harsh Vardhan Shringla, during his two-day visit, will hold discussions with the State Administration Council, political parties and members of civil society, the Ministry of External Affairs (MEA) said. 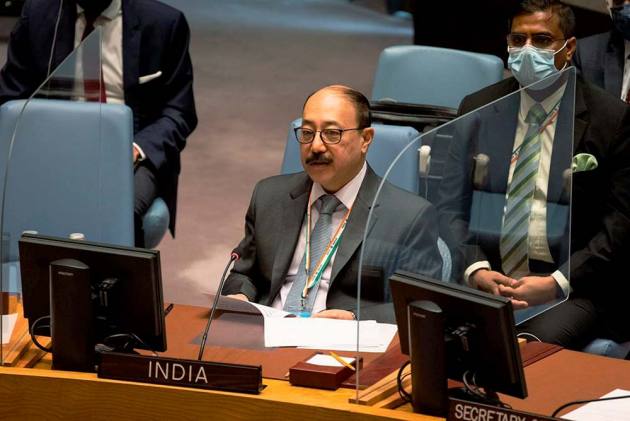 Foreign Secretary Harsh Vardhan Shringla is scheduled to travel to Myanmar on Wednesday, in the first high-level visit from India after the country's military evicted the democratically-elected government of Aung San Suu Kyi in a coup on February 1.

"Foreign Secretary Harsh Vardhan Shringla will pay a two-day working visit to Myanmar on December 22 and 23. During the visit, the foreign secretary will hold discussions with the State Administration Council, political parties and members of civil society," it said.

"Issues relating to humanitarian support to Myanmar, security and India-Myanmar border concerns, and the political situation in Myanmar will be discussed," it said in a statement.

It is learnt that the recent spurt in militant activities in Manipur and Nagaland is one of the key issues that Shringla will flag in his meetings with Myanmarese authorities.

Myanmar is one of India's strategic neighbours and it shares a 1,640 kilometre-long border with a number of northeastern states including militancy-hit Nagaland and Manipur. India has been concerned over some militant groups from the North-East region taking shelter in Myanmar.

On February 1, Myanmar's military grabbed power in the coup and imposed a state of emergency after detaining Nobel laureate Suu Kyi and other leaders of her National League for Democracy (NLD). The country witnessed massive protests following the coup.

As the Myanmarese military continued its crackdown on civilians protesting against the coup, India in April condemned any use of violence and said it stands for the restoration of democracy in Myanmar.

According to reports, hundreds of people including children were killed in the crackdown by Myanmarese authorities.

Earlier this month, Suu Kyi was sentenced to four years of imprisonment by a court in Myanmar after holding her guilty of inciting dissent. Her sentence was later reduced from four years to two years.

India said it is "disturbed" at the verdicts relating to Suu Kyi and others. "We are disturbed at the recent verdicts. As a neighbouring democracy, India has been consistently supportive of the democratic transition in Myanmar," MEA spokesperson Arindam Bagchi had said.

"We believe that the rule of law and the democratic process must be upheld. Any development that undermines these processes and accentuates differences is a matter of deep concern," he said.