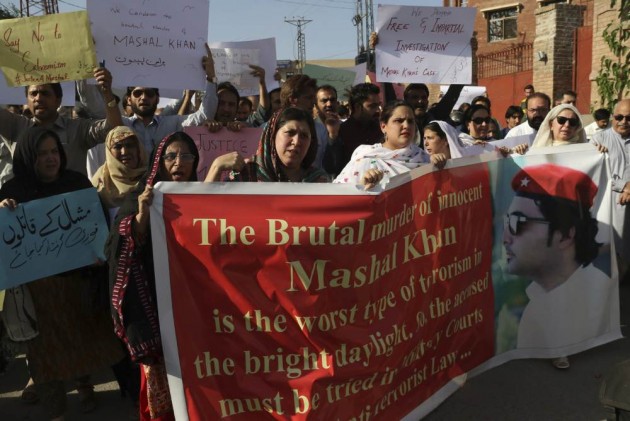 “The residents of Mashal Khan’s native town, Zaida, on Thursdaygathered at the grave of the Abdul Wali Khan University student lynched by a mob over the alleged blasphemy lately and apologised to the deceased and his family for failing to ‘stand with them in crisis." The Dawn of Pakistan reported hundreds of residents of Zaida taking out procession deploring the act of murder and expressing their repentance over their own initial indifference to the pain of the family of Mashal Khan.

“Please forgive us Iqbal Lala (Mashal’s father) for giving you severe pain by showing indifference when you faced such a grave crisis. We also seek forgiveness from the departed soul,” a local resident said at the student’s grave.

He said the villagers acknowledged that they made a mistake by initially not standing with the family.

The people later laid a wreath at the student’s grave and offered fateha for him.”

The Indian media did not report this remorse in the hearts of Muslims of Pakistan who had reportedly shunned the funeral of Mashal.

Just after the killing of Mashal, it was a person no less than Imran Khan, chairman of the PTI which rules the state where this brutalisation had taken place, who reached out to the grieving family of Mashal. He did tweet, as is the practice these days, but more than that he made it a point to personally visit the family.

The Prime Minister Nawaz Sharif was late in responding to the crime. But when he spoke, his words carried the resolve of the chief law-keeper.  He was unambiguous in his condemnation of the murder and asked the country to stand united for Mashal Khan and against the forces of hate that led to his murder. Nearly all major political parties have spoken very clearly for Mashal.

Now compare this with the public response to the murder of Pahelu Khan of Nuh, Haryana, by cow-vigilantes. The killing took place in Rajasthan. But the chief ministers of both the states have not bothered to utter a word. Even formal words of condolence to the bereaved family of Pahelu Khan were not available with the state for a Muslim killed in a premeditated,  organised manner. Leave alone the Prime Minister of the country, the ever-speaking man, a man of emotions, who is in the habit of breaking down in tears when remembering his childhood or when he realises what historical task he is supposed to perform. 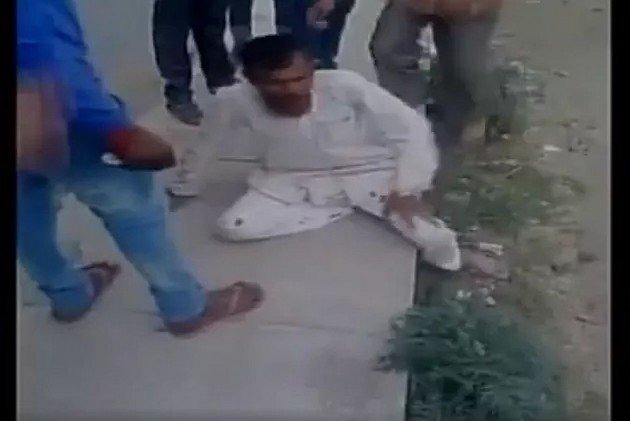 Not that people didn't speak. A central minister first tried to deny the incident but since he could not ignore a dead body, he implored Parliament not to over-discuss the matter as it would give an impression that it was in favour of beef-eating! Strange logic it was but there were only some murmurs of protest. Leave alone the ruling party at the two state, no major political leader thought of visiting the family of Pahelu Khan. It has been left to the civil society workers to arrange some help for the family whose bread earner was killed and whose cows were stolen.

Compare the loneliness of Pahelu Khan with the solidarity that the co-villagers of the family of Mashal Khan are building for them. There job is not easy. After all, it is the same Pakistan where the killer of Governor Salman Taseer, Mumtaz Kadari overnight turned into a hero and saint for having punished a blasphemer.

Let us also look at the case of Mumtaz Qadri. He murdered governor Salman Taseer, who tried to reform blasphemy laws. He was arrested and put on fast track trial. He was tried in an anti-terrorist court. His trial went ahead despite huge sectarian anger. The judge knows that the threat was real but he did not cower before it. He fled the country after having given death sentence to Qadri. The appeal against death sentence was rejected by the Supreme Court. Qadri was hanged.

There was no word of support for Qadri from the government. The government could have differed the hanging. If you look at the picture of the crowds milling around the coffin of Qadri, you realise that the government had taken a huge risk. But it did not falter. It went ahead with the hanging, against the wishes of the Muslim masses. 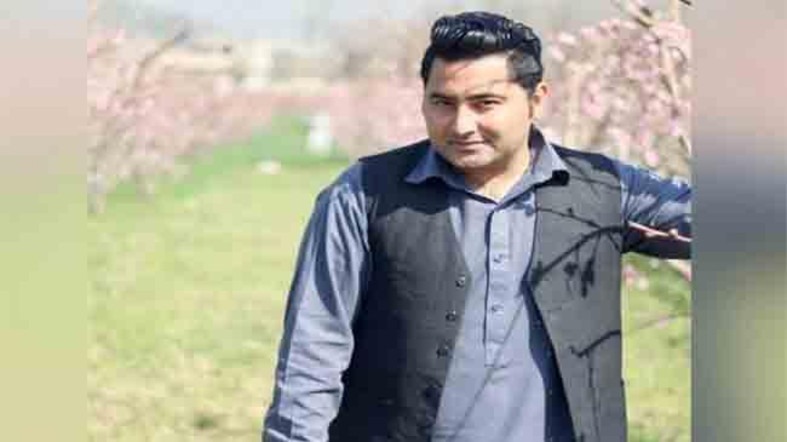 Mashal Khan, a journalism student, was shot dead by a large vigilante mob in Pakistan's Mardan town after accusations of blasphemy.

Compare this with the case of Graham Stains. The Christian Missionary from Australia was burnt to death along with his two adolescent sons while sleeping by a gang led by Dara Singh. The Supreme Court didn't think that this murder fell under the rarest of the rare category. Why? Because it thought that Dara Singh was genuinely aggrieved by the activities of Graham Stains as he believed that he was converting people into Christianity. It understood the anger of Dara Singh which led him to kill Graham Stains.

The murder of Graham Stains with his two sons was worse than that of Taseer. It was an organised, pre-mediated , cowardly act targeting a person who living in a country far away from his own, was serving the most stigmatised of the society, people suffering from leprosy, who are treated like untouchables in this country which swears by Gandhi.

It was not a murder committed in a fit of anger. But the then Prime Minister of the country, again a soft spoken, 'poet' Atal Bihari Vajpayee, did not issue an unqualified condemnation. Instead he said that this incident should lead the country to have an exhaustive debate on conversion.

Or, let us see the response of the state in the case of the lynching of Akhlaq in Dadri. If Qadri got a shrine in his afterlife, the coffin of one of the accused in the Akhlaq lynching case, who died while in jail, was covered with national flag. Central ministers and leaders of the ruling party have hailed the bravery of the cow protectors who punished Akhlaq. We know that a criminal case has been slapped against the deceased and his family members.

So, it leads us to the old obsession of  us and they: India and Pakistan. Two unfortunate siblings who hate each other but to hate one has to keep the other in front of it. And keep comparing each other. And shame the other for not being like it.

India has long prided in being a nation in making, an attractive idea, accommodative to diverse identities by giving each one of them space. Pakistan in our eyes is a failing nation, falling apart. Ahmadiyas are killed in day light and in the dark of the night, Hazaras are murdered , Shiyas are unsafe in that country. Rabid militant groups rule the roost in the name of Islam. Schools are bombed, students and teachers killed.

We used to think that this is something which happens somewhere else, out there. But now that Hindus have suddenly realised that now was the time to show their valour, they have surrendered themselves to the cow-protecting gangs or Muslim or Christian- hating groups. Since we are in the first stage, it looks sporadic. Gradually the hold of the gangs would firm up and it would be impossible for the society to break free of it, as the society and political class of Pakistan is realising. But in its worst phase, the law of land in Pakistan still asserts itself whereas in India , it prefers to listen to the sentiment of the mass. More often than not ten law enforcing agencies and the lower judiciary differs to the wishes of the majority.

Which country is better then? Let our law-enforcing mechanism show spine because there is still time. Here they have something to learn from Pakistan.