The nonagenarian cites two reasons for enrolling into the course-- a strong desire to get a master's degree and to understand why India failed to solve poverty problems. 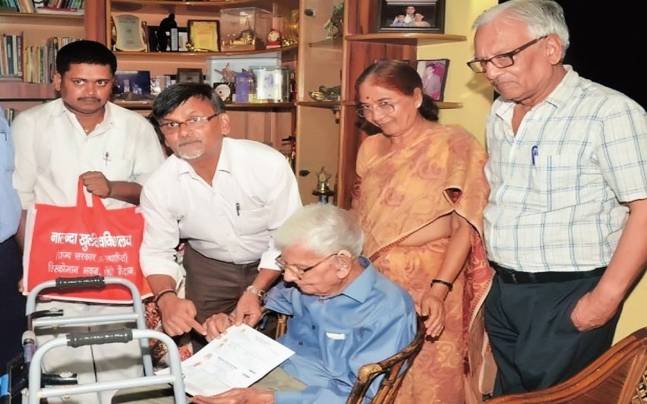 The nonagenarian cites two reasons for enrolling into the course-- a strong desire to get a master's degree and to understand why India failed to solve poverty problems.

“To fulfil my long nurtured desire to get a master’s degree and to study economics to be able to understand why India has failed to solve problems like poverty," said Vaishya who enrolled nearly one -and-half-years ago for the programme.

Vaishya was born on April 1, 1920 in Uttar Pradesh’s Bareilly town and graduated in 1938 and retired in 1980 as a general manager in a private firm in Koderma.

He was unable to get his master's degree due to family responsibilities, he says.

According to an India Today report, Vaishya has three sons and all of them have retired from their respective jobs.

Vaishya came to Patna in 2003 after the death of his wife to live with one of his sons.

"When I told my son and daughter-in-law that it was my dream to do the post-graduate course, they said that I might face problems. But I reassured them that I would not face any difficulty," he said.