A day earlier, Khan slammed New Delhi for giving a "political colour" to his gesture of Kartarpur border opening and called it "unfortunate". 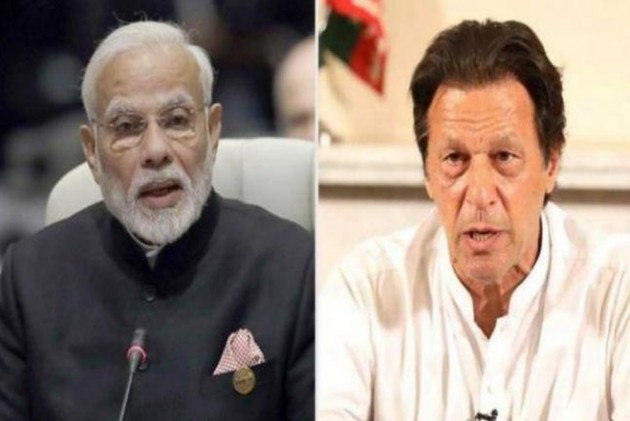 "The ruling party (in India) has an anti-Muslim, anti-Pakistan approach," said Khan in an interview to the Washington Post on Thursday when asked why his gestures to India were dismissed since he took power earlier this year.

Khan expressed the hope that once the elections get over in India, both countries can resume talks.

Talking about the Kartarpur corridor, Khan told the Post that he opened the Kartarpur border to facilitate visa-free pilgrimage by Indian Sikhs to Kartarpur Sahib gurdwara where Sikhism's founder Guru Nanak Dev spent the last 18 years of his life.

A day earlier, Khan slammed New Delhi for giving a "political colour" to his gesture of Kartarpur border opening and called it "unfortunate".

"Unfortunately, India portrayed it as us seeking political advantage... The Indian media gave Kartarpur (border opening) a political colour as if we did this to gain some sort of political mileage. This is not true. We did it because it is part of Pakistan Tehreek-e-Insaf's manifesto," he said.

The Pakistani leader also said that he "wants something done about the bombers of Mumbai", adding that "resolving that case is in our interest because it was an act of terrorism".

Ten Pakistani terrorists sneaked into Mumbai through the sea in 2008 and went on a killing spree, leaving 166 Indians and foreigners dead. Indian security forces shot dead nine of them while a 10th, who was captured, was hanged.