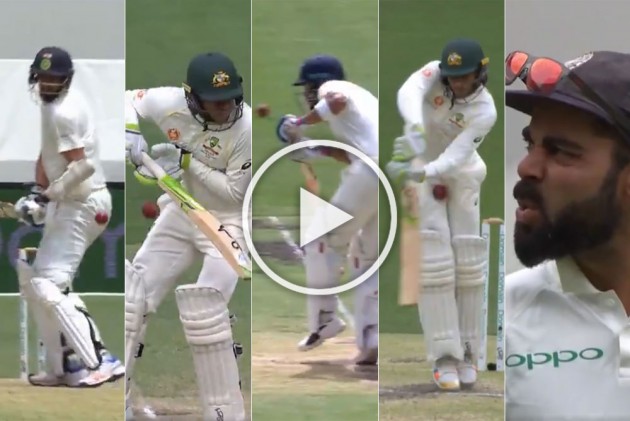 Australia opener Aaron Finch was cleared to bat on Monday after having hit with a nasty Mohammed Shami delivery during third day's play of the second Test against India at Perth.

In the 13th over of the Aussie second innings, a rising delivery hit Finch flush on the glove, but the protective gear failed to protect the body and was sent for an X-ray. Luckily, there was no fracture.

“Aaron Finch is all clear. He’s right to go. He’ll be a bit uncomfortable but he has the option to put a block in or take a couple of painkillers,” said former Australia player Brad Haddin before the resumption of play on Monday.

Finch was one of the many players who took the body blow during the match. Indian captain Virat Kohli, Aussie top-order batsmen Marcus Harris and Usman Khawaja braved some nasty hits.

After the day's play, Aussie spinner Nathan Lyon hailed the intensity of the match as "it's good, hard Test cricket".

The new Test venue in Perth where the match is being played is not as notorious as the WACA Ground, yes despite the promise from the curator, but it may still be one of the quickest and bounciest in the world.