Bedi was in conversation with former Mumbai skipper Hattangadi to commemorate the 85th anniversary of the first Test match played in India. 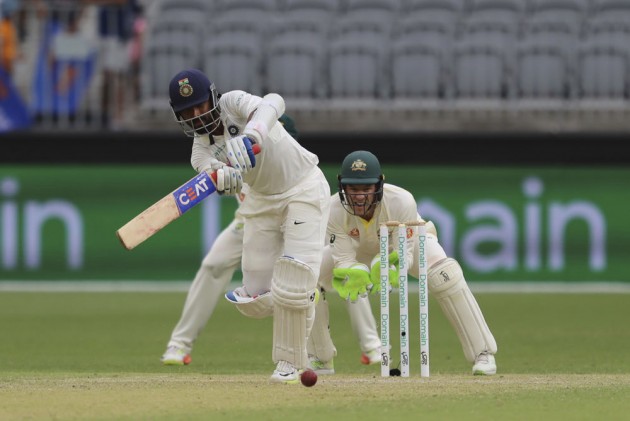 After losing both the openers and batting mainstay Cheteshwar Pujara early in reply to Australia's first innings total of 326, skipper Virat Kohli and his deputy Ajinkya Rahane steadied the Indian ship at Perth on Saturday.

At the close of play on Day 2 of the second Test of Border-Gavaskar Trophy series, India were 172/3 after 69 overs, still trailing Australia by 154 runs. And Kohli and Rahane were batting on 82 and 51 respectively.

Their unbeaten 90-run stand for the fourth wicket witnessed Rahane attacking the Aussie bowlers, a sight mot Indian fans have never witnessed in Test cricket. It indeed was a calculated risk.

"Ajinkya Rahane played a superb knock (51 not out) today. Absolutely brilliant...the captain (Virat Kohli) and the vice-captain (Rahane) were complementing each other. It
was a lovely sight and today was very absorbing cricket," Bedi said.

"This sort of cricket cannot be replaced by any other gimmick -- whether it is T20 or I don't know -- 100 balls (cricket)," said the 72-year-old Bedi at the Bombay Gymkhana, Mumbai.

Kohli played a pivotal role with a responsible knock of 82 not out, lifting India from a double blow at the beginning of their innings to 172 for three in the company of Rahane.

Bedi refrained from commenting on whether it was the best chance for India to win a Test series in Australia.

"We can only find out after the end of the series. I don't want to be a predictor," the great left-arm slow bowler and member of the famous Indian spin quartet said.

At the event, Bedi was in conversation with former Mumbai skipper Shishir Hattangadi to commemorate the 85th anniversary of the first Test match played in India from December 15 to 18, 1933 at the Gymkhana.

During the conversation, Bedi praised the work done by Justice R M Lodha, whose panel suggested a slew of reforms in cricket administration, most of which were incorporated by the Supreme Court.

"....The work done by Justice Lodha -- to my mind, he is deserving (of the) highest honour of the country," he said.