India's Tour Of Australia: Rejuvenated Murali Vijay Hits 26 Runs In An Over To Reach Hundred – Watch

Vijay was dropped midway through the England Test series, which India lost 1-4. But with a hundred in the warm-up match, a rejuvenated Vijay is likely to play an important role in India's campaign Down Under. 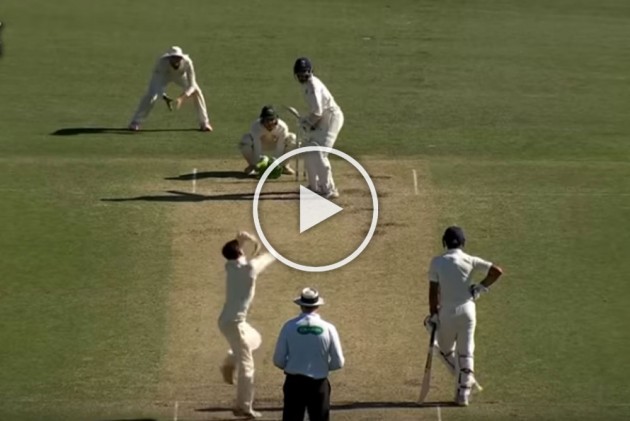 India's four-day warm-up game against a Cricket Australian side ended in a draw at Sydney on Saturday, but opener Murali Vijay made his presence felt by hitting 129 off 132 balls.

India made 358 in the first innings. In reply, the CA XI scored 544 with wicketkeeper Harry Nielsen leading the charge with 100. India's second innings ended at 211/2.

From 52, he raced to the three-figure mark in a space of 27 balls. He also added 109 runs with K L Rahul, who scored a fluent 62, indeed one pleasant sight for the visitors as the opener is going through a patchy patch, and also after the injury to teenager Prithvi Shaw.

Vijay was dropped midway through the England Test series, which India lost 1-4. But with a hundred in the warm-up match, a rejuvenated Vijay is likely to play an important role in India's campaign Down Under.

The four-match Test series begins with the first match in Adelaide on December 6.