The fourth and final Test at Sydney starts on Thursday (January 3). 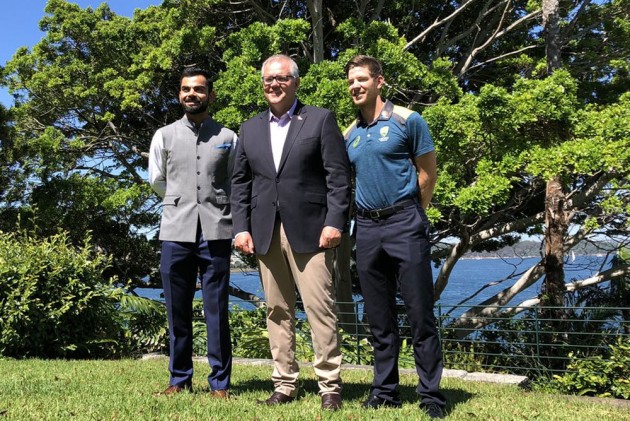 The Australian and Indian cricket teams celebrated the New Year's Day together at Kirribilli House with Australian Prime Minister Scott Morrison playing the host on Tuesday.

Both the captains Tim Paine and Virat Kohli, along with their respective teams, posed for photographs alongside Morrison at the Australian PM's residence.

India lead the four-match Border-Gavaskar Trophy 2-1 after wins at Adelaide and Melbourne in the first and the third Tests. Aussies won the second match at Perth.

The fourth and final Test at Sydney starts on Thursday (January 3).

India have already retained the Border-Gavaskar trophy and are looking for their first ever Test series win in Australia.