Under the ITBP Act and Rules, an officer can be tried by a GFC on charges of corruption and other irregularities, following which the order of the GFC is either upheld or quashed by the "confirming authority", which is the ITBP DG. 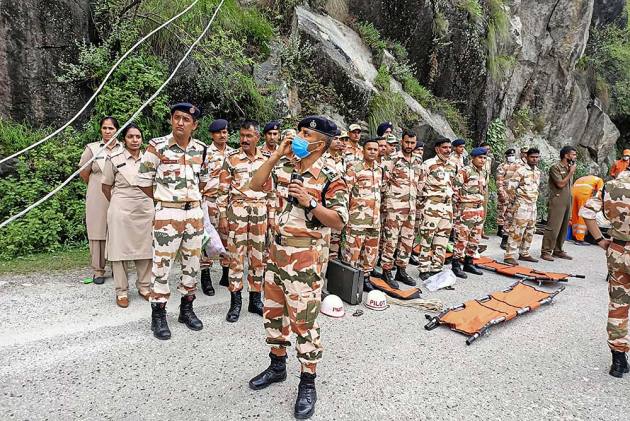 On serious charges of corruption, a commandant-rank officer of the ITBP has been dismissed from service with his arrears of pay and allowances having been forfeited.

The stringent and rare action against Commandant Rajesh Kumar Tomar was confirmed by the ITBP director general (DG) after a General Force Court (GFC) trial was held against him under the ITBP Force Act of 1992.

The ITBP is a border-guarding force under the Union home ministry and its primary task is to guard the 3,488-kilometre-long India-China Line of Actual Control (LAC), apart from rendering a variety of duties in the internal security domain of the country.

An Indo-Tibetan Border Police (ITBP) spokesperson confirmed the development and said the force "undertook due procedures in the case and there is zero tolerance for corruption in the establishment".

Commandant Tomar, who held a rank equivalent to a colonel in the Army, joined the ITBP in 1992 and was last posted at its sector headquarters in Srinagar in Jammu and Kashmir. He has had about 30 years of service in the paramilitary force that was raised in 1962.

The GFC trial was held against him from November, 2020 to August, 10 this year. He was held "guilty" by the GFC on seven charges, which were confirmed by the ITBP DG.

The force chief, however, remitted the GFC sentence "to suffer rigorous imprisonment for one year" issued against the commanding officer.

The order said Tomar is being "dismissed from service and is struck off from the strength of the ITBPF w.e.f 01.12.2021. All arrears of pay and allowances and other public money due to him stand forfeited."