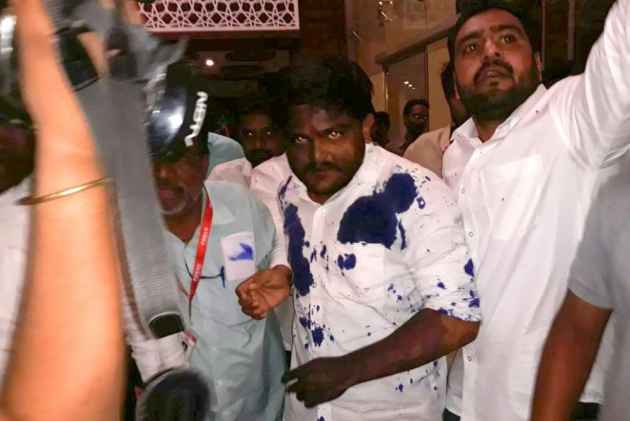 Ink was thrown at Patidar quota agitation leader Hardik Patel on Saturday evening. The police have taken the person into custody.

Hardik reportedly said the person should be released saying he has no enmity with him.

Follwing the incident, enraged supporters of Hardik Patel roughed up the accussed identified as Milind Gurjar, a resident of Annaprura Nagar, Ujjain.

According to reports, Hardik reached Ujjain after his tour to Mandsaur and Neemuch districts of the State. On Sunday, he is expected to address a rally in Sagar district. The rally has been organised on the home turf of BJP heavyweight and rural development minister Gopal Bhargava, who has won the Rehli assembly seat in the region seven successive times.

The rally will be addressd by Dalit rights activist Jignesh Mevani, OBC leader Alpesh Thakore who campaigned extensively against Prime Minster Narendra Modi and the BJP during Gujarat elections in 2017. The Congress party wants to build a similar momentum in Madhya Pradesh where Assembly elections are due to take place by year-end.