The group’s activities go under hashtag #ABCDresearch – anybody can do research – and are widely followed. Since 2013, Dr Ananda Hota, radio astronomer at the Centre for Excellence in Basic Sciences has trained over 100 e-astronomers. 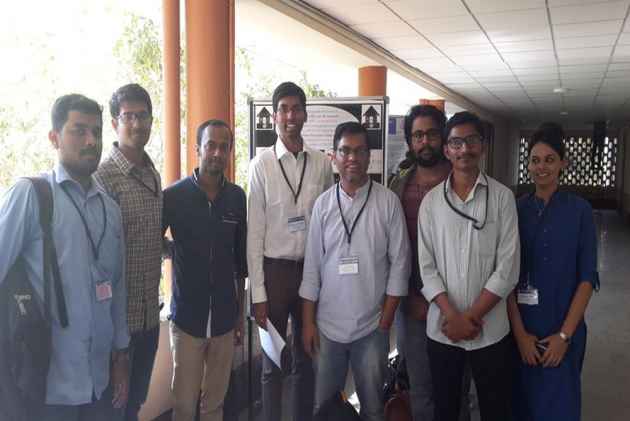 If anybody can become a dancer as depicted in 2013 Bollywood dance drama, Anybody Can Dance (ABCD), directed by choreographer Remo D'Souza, why can’t anybody become an astronomer and make new discoveries?

Yes, says Dr Ananda Hota, radio astronomer at the Centre for Excellence in Basic Sciences (University of Mumbai-Department of Atomic Energy) in Mumbai, and he has shown how. He is the founder of a unique citizen science project, RAD@home Astronomy Collaboratory, which trains lay citizens to analyse radio astronomy data from professional telescopes so that they can make discoveries.

Members of this project have made discoveries using data from radio telescopes in India and abroad. These discoveries have been announced at scientific meetings of astronomers and even published in peer-reviewed scientific journals.

Any undergraduate science or engineering student or lay person can join the group to get basic training which is provided over Facebook. Face-to-face training camps are also held in different cities. The group’s activities go under hashtag #ABCDresearch – anybody can do research – and are widely followed. Since 2013, Hota has trained over 100 e-astronomers.

Radio telescopes gather enormous amount of data and it could take professional astronomers decades to analyse every bit collected. At the same time, this data may contain clues to important objects and events on the cosmos. Therefore, observatories make this data available for use to anyone interested. The primary data for the citizen-science project comes from sky surveys done by the Giant Metrewave Radio Telescope (GMRT) of the Tata Institute of Fundamental Research.

“Ours is a unique, zero-infrastructure, zero-funded collaboratory of trained e-astronomers, which has made several new discoveries by analyzing GMRT data using open access tools such as NASA Skyview,” Hota explained while speaking to India Science Wire.

“This model possibly can convert the Big Data problem in astronomy into a prospect. Citizen science can contribute to knowledge creation in never-seen-before speed and in approach. Since it is based on internet, it can provide an equal opportunity of academic growth to people in under-developed regions where our optical and radio telescopes are located ,” he pointed out.

Unlike conventional education programmes, those who get involved with RAD@home not only learn but also directly contribute to astronomy research from initial one-week face-to-face interaction. “Citizen science can be particularly useful in discovering certain events where features are fuzzy which can be detected more efficiently by human eye than a machine. Radio interferometry images are more complicated than optical and need citizen-scientists to be trained to read them,” pointed out Hota.