Instead Of Consuming Country-Made Liquor, Dalits Should Join Army Where Rum Is Available: Union Minister Athawale

'Instead of consuming country-made liquor, the Dalit youth should join the Army where rum is available and they will also get good food to eat.' 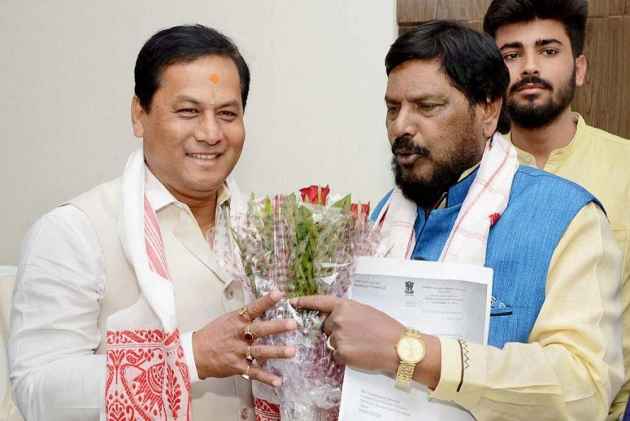 Advocating the need for reservation for Dalits in the defence forces, Union minister Ramdas Athawale quipped today that instead of consuming country-made liquor the youth from the community should join the Army, where "rum" is available.

Athawale, the Union minister of state for social justice and empowerment, was addressing a press conference here.

"We have been demanding reservations for the Dalit youth in Army, Navy and Air Force because the community is a fighter and ready to make the supreme sacrifice for the nation," he said.

The Republican Party of India (RPI-A) leader, however, said that not all those who join the military get martyred.

"In fact, more people lose their lives in road accidents and due to heart attack, so the Dalit youth should not think that going to the Army is equal to getting martyred," he said.

In the same breath, Athawale quipped: "Instead of consuming country-made liquor, the Dalit youth should join the Army where rum is available and they will also get good food to eat."

Athawale said the demand for the reservation for Dalits has been his party's demand for a long time and he would soon speak to Defence Minister Nirmala Sitharaman about it.

"I feel that maximum number of youth from the Dalit community should join the forces," he said.

Speaking about the stampede at Elphinstone railway station in Mumbai in which 23 people died, Athawale sought action against the guilty railway officials.