On International Cat Day celebs talk about the beauty, mystery and agility of our furry friends 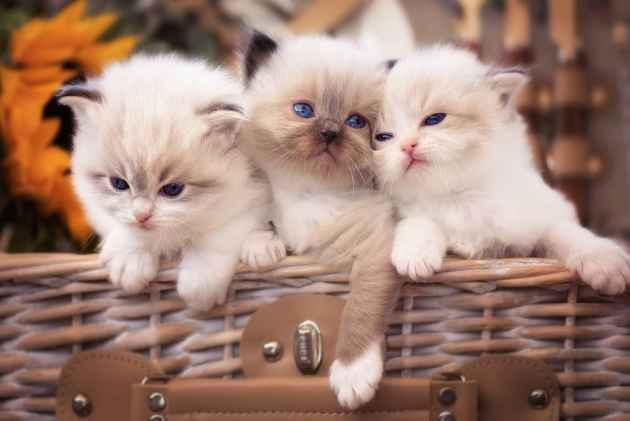 If you have read about Macavity, The Mystery CatÂ  by T. S. Eliot you will know how smart cats can be. They can be 'purr-fect' friends for some, while others may not be too friendly with them. But one thing is for sure is that,Â  you just cannot overlook their sheer beauty and agility. The event celebrated worldwide is a fun way to celebrate your love and bond for cats. The day dedicated to these furry friends was created in 2002 by the International Fund for Animal Welfare and is observed onÂ August, 8Â every year.

Cats are mysterious animals known for their mood swings, you'll have to pet a cat to know them better just like some famous celebrities have done. On International Cat Day, we bring you a 'Cat-alouge' of celebrities across the globe who love their pet cats. A lot of these come with a story, from being a birthday gift to being rescued on a rainy day:

The 'Raazi' star got her cat as a birthday gift, named Edward Bhatt. The white feline is Alia's way of de-stressing and regulalry features on her Instagram feed. The versatile actor also considers her cat as her sickness remedy.

A true cat lover, Jacqueline is often seen playing and uploading videos of her furry pet 'Miu Miu'. The Sri Lankan beauty is also a staunch supporter for the People Ethical Treatment of Animals (PETA) .

One of the most talented actresses of B-town, Richa has named her little kitty Kamli. The 'Fukrey' star always keeps fans updated with endearing and funny videos of her pet.

The 'Shape of You' singer has two cats, the first one, Graham, was rescued by him. The second one is named Stuart and is fondly called Boo Boo by the 27-year-old singer.

Named Kitty Purry, the 'Rise' singer's furry friend is pretty famous and also made a cameo in her 'I Kissed a Girl' video. Purry is one of Katy's 2 cats, the other is named Monkey.

Celebrity or not, pets are dear to everyone, so, don't forget to celebrate the day with your purring pal curled up on your lap.