'Intolerance And Violence Is A Betrayal...'

'...of the letter and spirit of democracy. Those who believe in the poison drip of inflammatory provocation do not understand India's values or even its present political impulses' 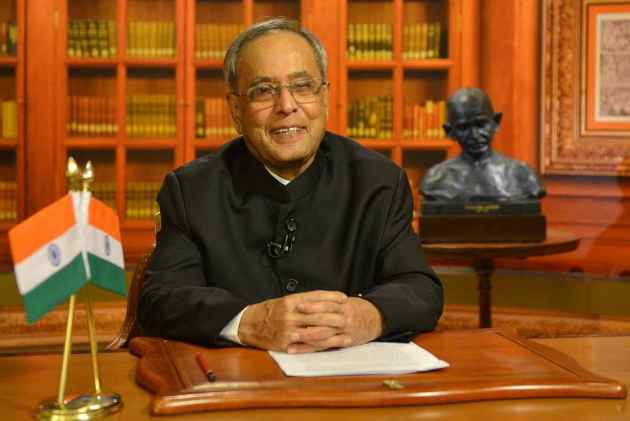 On the eve of 67thanniversary of our Independence, I extend warm greetings to you and to all Indians around the world. I convey my special greetings to members of our armed forces, paramilitary forces and internal security forces. I also congratulate all our sportspersons, who have participated and won laurels in the recently-concluded Commonwealth Games held at Glasgow.

1.Freedom is a celebration; independence is a challenge. In the 68th year of freedom, we have reaffirmed the power of our individual and collective liberties by electing through a remarkably peaceful electoral process, a stable government with a clear majority for a single party, after three decades. The increase in voter turnout to 66 per cent from the last election’s 58 per cent shows the vitality of our democracy. This achievement has given us an opportunity to take up the challenge of governance by reforming the policies, practices and systems of governance so that the enormous aspirations of our people can be fulfilled with vision, commitment, integrity, speed and administrative capability.

3.In a democracy, good governance is exercise of power for efficient and effective management of our economic and social resources for the well-being of the people. This power has to be exercised within the framework of the Constitution through the institutions of state. With the passage of time and changes in the eco-system, distortions do appear making some institutions dysfunctional. When one institution does not function in the manner expected of it, phenomenon of overreach sets in. While some new institutions might become necessary, the real solution lies in re-inventing and restoring the existing ones to serve the purpose of effective government.

4.Good governance is critically dependent on rule of law, participatory decision-making, transparency, responsiveness, accountability, equity and inclusiveness. It calls for wider involvement of the civil society in the political process. It calls for deeper engagement of the youth with the institutions of democracy. It calls for quick dispensation of justice to the people. It calls for ethical and responsible behaviour from the media.

5.A country of our size, heterogeneity and complexity calls for culture-specific governance models. It calls for cooperation in the exercise of power and assumption of responsibility, by all stakeholders. It calls for constructive partnership between the state and the citizen. It calls for taking a responsive administration to the door step of every hut and habitation in the land.

6.The decisive challenge of our times is toendthe curse of poverty. The focus of our policies now has to move from alleviation of poverty to elimination of poverty. The difference is not mere semantics: alleviation is a process; elimination is a time-defined objective. In last six decades, the poverty ratio has declined from over 60 per cent to less than 30 per cent. Even then, nearly one-third of our population still lives below the poverty line. Poverty is not a mere statistic. Poverty has a face, which becomesunbearable when it scars the visage of a child. The poor cannot, and will not, wait for yet another generation to see the very essentials of life - food, shelter, education and employment - being denied to them. The benefits from economic development must percolate down to the poorest of the poor.

7.In the last decade, our economy grew at an average rate of 7.6 per cent per year. Though the growth rate was subdued at below 5 per cent during the last two years, I sense renewed vigour and optimism in the air. Signs of revival are visible. Our external sector has strengthened. Fiscal consolidation measures are beginning to show results. Notwithstanding occasional spurts, inflation has started moderating. However, food prices still remain a matter of serious concern. Record food grains production last year helped agriculture sector to grow at a healthy 4.7 per cent. Employment has increased by an average of about 4 per cent per year in the last decade. Manufacturing sector is on the rebound. The stage is now set for our economy to move on a high growth trajectory of 7 to 8 per cent, which is essential to ensure the availability of adequate resources for equitable development.

8.Economy is the material part of development. Education is the essential part of it. A sound education system is the bedrock of an enlightened society. It is the bounden duty of our educational institutions to provide quality education and inculcate the core civilizational values of love for motherland; compassion for all; tolerance for pluralism; respect for women; performance of duty; honesty in life; self-restraint in conduct, responsibility in action and discipline in young minds. By the end of the Twelfth Five Year Plan, we would have achieved a literacy rate of eighty per cent. But would we be able to say that we have provided quality education and skills to our children to be good citizens and successful professionals?

9.Our thoughts are influenced by our environment. "Yadrishi Bhavana Yasya; Siddhir Bhavati Tadrishi”. It means, "Whatever are one’s thoughts, so will be the outcomes”. Clean environment breeds clean thoughts. Cleanliness is a mark of self-respect. Ancient travellers like Megasthenes in the 4th Century BC, Fa Hien in the 5thCentury AD and Hiuen Tsang in the 7thCentury AD, when they came to India, have written about the efficient administrative systems, with planned settlements and good urban infrastructure. What has gone wrong with us now? Why can’t we keep our environment free of filth? The Prime Minister's call to honour the memory of Mahatma Gandhi on his 150th birth anniversary, by making India a clean country by 2019 is commendable, but it can be achieved only if each Indian converts this into a national mission. Every road, every path, every office, every home, every hut, every river, every stream, every particle in the air around us can be kept clean, if we but cared just a little. We must nurture nature, so that nature continues to nurture us.

10. Though an ancient civilization, India is a modern nation with modern dreams. Intolerance and violence is a betrayal of the letter and spirit of democracy. Those who believe in the poison drip of inflammatory provocation do not understand India's values or even its presentpolitical impulses. Indians know that progress, economic or social, is difficult without peace. This may be the appropriate moment to recall the great Shivaji's letter to Aurangzeb when the latter imposed jizya. Shivaji told the emperor that Shah Jehan, Jehangir and Akbar could also have levied this tax "but they did not give place to bigotry in their hearts, as they considered all men, high and low, created by God to be examples of the nature of diverse creeds and temperaments". This 17th century epistle of Shivaji carries a message, which is universal. It must become a living testament that guides our behaviour today.

11. We can least afford to forget this message at a time when an increasingly turbulent international environment has sparked off rising dangers in our region and beyond, some clearly visible, and some crawling out of the debris of unprecedented turmoil. Across parts of Asia and Africa, attempts are being made by radical militias to redraw the maps of nations to create ageography for theocratic ideology. India will feel the heat of blowback, particularly as it represents the values that reject extremism in all its manifestations. India is a beacon of democracy, equilibrium, inter-and-intra faith harmony. We must defend our secular fabric with vigour. Our security and foreign policies must combine the steel of strength with the velvet of diplomacy even as we persuade the like-minded as well as the hesitant to recognise the substantial dangers that breed within indifference.

12. Our Constitution is a consequence of our democratic culture, which reflects our ancient values. It pains me to note that this great national asset is becoming increasingly vulnerable to rash excess. Our right to freedom continues to flourish, and may that always be the case, but what about our duty to the people? I sometimes wonder: has our democracy become too noisy? Have we lost the art of contemplation and calm thinking? Is it not the time to restore the grandeur and glory of our institutions that have sustained and nourished our beautiful democracy? Should not Parliament again become the great hall of sombre thought and well-debated legislation? Should not our courts of law become temples of justice? This calls for collective action by all the stakeholders.

13. A nation is very young at 68. India has the will, energy, intellect, values and unity to claim the 21st century. The vision to win the battle of freedom from poverty is set; the journey will seem formidable only to those without conviction. As an old saying goes, "Sidhir Bhavati Karmaja”, which means, "success is born of action”.