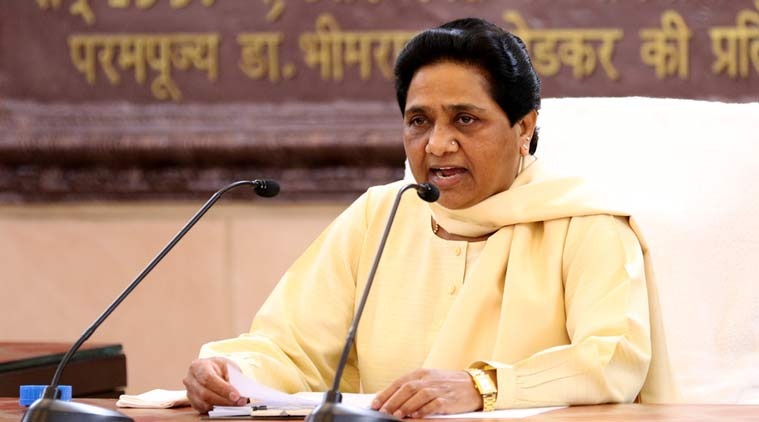 Terming the first year of BJP rule in the Uttar Pradesh as 'a year of setting bad examples', BSP chief Mayawati today asked the Yogi Adityanath government to seriously introspect on its failures.

"Ek Saal, Buri Misaal", said Mayawati as she claimed that the people had assessed the one year of the Yogi government and given it a 'zero'.

They have been taught a lesson in Phulpur and Gorakhpur Lok Sabha bye-elections, she said.

It is my suggestion to the BJP government to seriously introspect on its failures instead of celebrating one year in office, Mayawati said.

"It is the fallout of the unfulfilled promises and efforts to create communal frenzy that Adityanath had to lose his traditional seat Gorakhpur seat while earlie the party faced losses in the local body elections. They cannot befool the people repeatedly," she said.

The BSP president said even the BJP workers were saying that the party performed below par because of the "doings" of Prime Minister Narendra Modi and Chief Minister Yogi Adityanath.

In a dig at the chief minister, Mayawati said instead of working for the poor, laboureres, unemployed and common people, he remained busy in worship for most part of the year forgetting that working wholeheartedly with the right intentions for the welfare of 22 crore poor and backward people of the state was the real "puja"(worship) and "raj dharma" which his government has failed to fulfil.

Because of these reasons, the people of the state are expressing their anger against the BJP again and again, she said. There is also the possibility of them not performing well in the coming Lok Sabha polls, Mayawati added.

The former chief minister alleged there was jungle raj in the state and development works were stalled because of lack of funds.

"On one hand the criminal cases against BJP men are being withdrawn while on the other there is an effort to check law and order through encounters. This reflects the discriminatory policies of the BJP government," she said.

The BSP president said that instead of lashing at the opposition for the defeat on Phulpur and Gorakhpur seats, Adityanath should have resigned on moral grounds as people had given a clear message that the state government should use the time and resources on people's welfare shunning the RSS's agenda of hatred.

She also contested the claims of the Yogi government that no riot took place in the state referring to the Kasganj violence.

To a question on NDA allies expressing views against the BJP government, she said that MLAs and ministers of the BJP will also open their mouth against them as there is difference between what they say and what they do.

"Those who were elected by the people have promised that once coming to power we will resolve their problems but nothing is being done. They are not able to face the people," she claimed.

KCR Meets Mamata In Kolkata, Calls It Beginning Of Federal Front Against BJP And Congress