The next date for hearing for the INX Media case is on September 11. 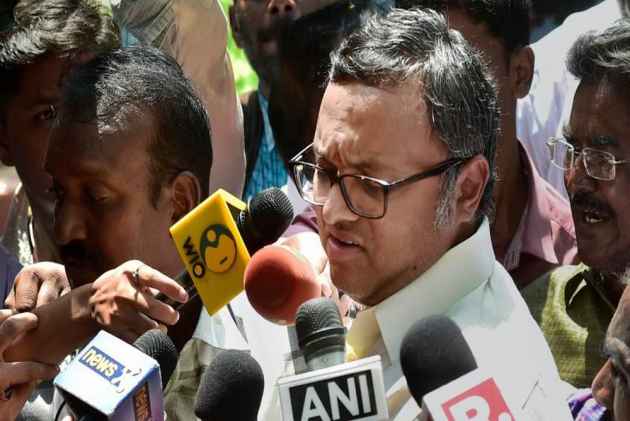 The Supreme Court on Friday refused Karti Chidambaram's plea to move abroad and has made it clear that he cannot leave India. The next date for hearing for the INX Media case is on September 11.

The CBI on Friday asserted in the Supreme Court that there was "good, cogent" reason for the lookout circulars against former Union minister P Chidambaram's son Karti Chidambaram in connection with a case of alleged graft.

A bench headed by Chief Justice Dipak Misra took on record the documents placed by the CBI in a sealed cover in connection with the case.

The bench, also comprising Justices A M Khanwilkar and D Y Chandrachud, asked the CBI to respond to the affidavit filed by Karti in connection with his questioning by investigators before whom he had appeared on August 23 and 28.

Additional Solicitor General Tushar Mehta told the bench that there was "a good, cogent reason for issuance of lookout circular against him (Karti). It is not a simple case or that of one company but it involves jugglery of accounts and properties abroad".

Appearing for Karti, senior advocate Gopal Subramanium submitted on his behalf, "What is the subject matter of enquiry is not me but my father who happened to be the finance minister giving Foreign Investment Promotion Board (FIPB) approvals to a company in 2007 and it is alleged that one of the conditions had been violated".

He added that not a single person of the six-member FIPB, who were secretary-level officers, had been examined in the case.