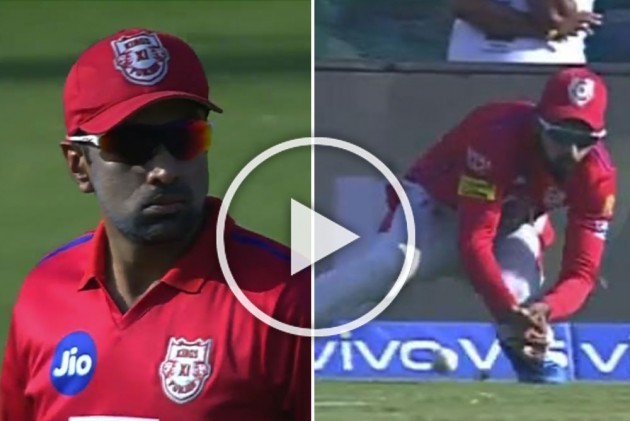 But their outing, at least in the first half of the match, was a reflection of their season. Blowing hot and cold. Sam Curran produced a beauty to send Shane Watson back early. Then Faf du Plessis and Suresh Raina turned the screws on the hosts with a 100-run stand for the second wicket. Captain Ravichandran Ashwin, who won the toss and opted to field, was looking for clues as to how to stop the visitors.

However, in contrast, he got a poor fielding effort from KL Rahul, one of their best fielders and stars this season. It angered Ashwin. His reaction, reading accurately by the TV commentators, said -- if looks could kill.

In the tenth over, bowled by Murugan Ashwin, Faf du Plessis hit the fifth ball towards long-on. KL Rahul, who moved quickly on the turf, let the ball slip between his legs.

CSK set a 171-run target for KXIP with Faf du Plessis hitting 96. He was involved in a 120-run second-wicket stand. For the hosts, young Sam Curran took three wickets while Mohammed Shami got a brace in the final over. No other bowler got among the wickets.

If CSK win today, it will be their 100th IPL victory. Earlier in the season, Mumbai Indians have become the first team to achieve that milestone.