IPL 2020: Full List Of All Released And Retained Players; Amount Of Funds Available To Each Franchise

Some of the big-name players like Shakib Al Hasan, Chris Lynn, David Miller, Chris Morris, Yuvraj Singh etc. have been offloaded by their IPL respective franchises 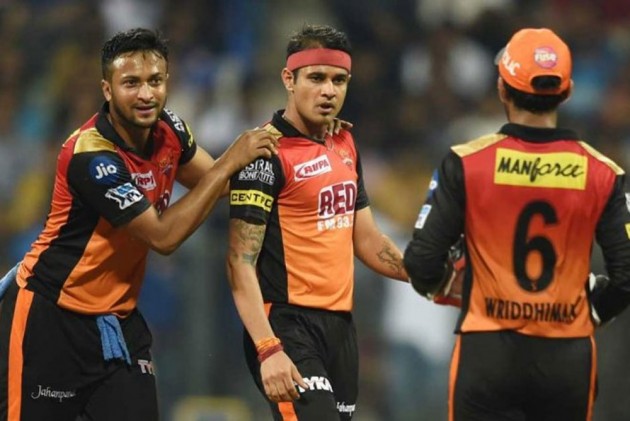 Some of the biggest names in the Indian Premier League (IPL) have been released by their respective franchises on Friday, the deadline for franchises to extend player contracts. Chris Lynn, David Miller, Jaydev Unadkat, Yuvraj Singh and Chris Morris were among the 71 players released ahead of next month's IPL auction. (More Cricket News)

A total of 127 players have been retained including 35 foreigners. Kings XI Punjab (INR 42.70 cr) now have the highest salary cap available going into the auction while Royal Challengers Bangalore (12) have the most number of player slots available (including six overseas slots). After today’s deadline, Chennai Super Kings (20) have the largest squad size.

Here’s a look at how the franchises stack up:

Full list of released and retained  players by franchises:

Also Read: All You Need To Know About Players' Auction

Delhi Capitals, who had traded in Ravichandran Ashwin and Ajinkya Rahane from KXIP and Rajasthan Royals respectively, have retained young Prithvi Shaw whose doping ban ends on Friday. There was speculation over Shaw being traded to the Royals. The Delhi franchise has released nine players including two South Africans, all-rounder Morris and power-hitter Colin Ingram. New Zealand top-order batsman Colin Munro has also been released and so has been India's Test specialist Hanuma Vihari.

Kings XI Punjab go into the auction on December 19 with a purse of Rs 42.70 crore, the biggest among the eight teams after they released eight players including South Africa's Miller, Englishman Sam Curran and mystery Tamil Nadu spinner Varun Chakravarthy, who was bought for a whopping Rs 8.4 crore last year.  Miller went on to become one of the batting mainstays for Kings XI Punjab over the past eight seasons, scoring 1850 runs in 79 games at a strike rate of 138.78.

Lynn, the big-hitting Australian opener, was released by Kolkata Knight Riders after five fruitful seasons when he got the team off to a flying start on umpteen occasions. The other 10 released KKR players include West Indian Carlos Brathwaite, South African Anrich Nortje, former India players Piyush Chawla and Robin Uthappa, who struggled to get going last season.

Rajasthan Royals have released 11 players including pacer Jaydev Unadkat, whom they had bought back for Rs 8.4 crore last year after paying Rs 11.5 crore for him in the previous season. The franchise also announced that star Australian batsman Steve Smith will continue to lead the team.

SunRisers Hyderabad have released the least number of players -- five -- and they include Shakib Al Hasan, who has been banned by the ICC, New Zealand opener Martin Guptill, Deepak Hooda and Yusuf Pathan.