IPL Is A Slaughterhouse For Bowlers

While cricket itself is heavily loaded in favour of batsmen, its Twenty20 format appears to be designed to kill the bowlers. 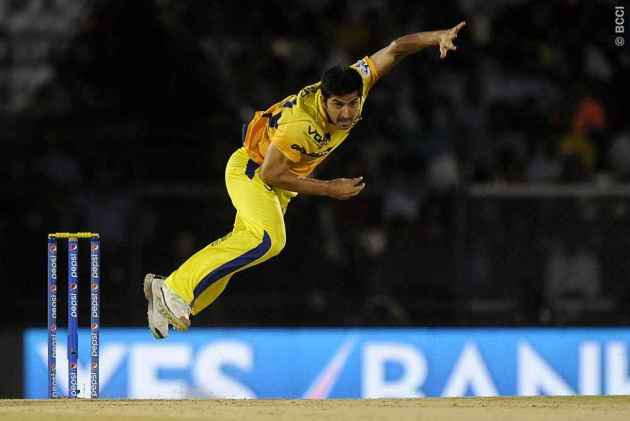 Fresh from their astonishing exploits in the recent 50-overs-a-side World Cup in the Antipodes, AB de Villiers, Brendon McCullum, Chris Gayle and Glenn Maxwell, who are known, and also feared, for their penchant to belt the ball brutally, must be keen to dominate the Indian Premier League (IPL), which begins from April 8.

The IPL, an extravaganza of glitz and glamour featuring the slam-bang Twenty20 cricket, is tailor-made for batsmen like de Villiers, McCullum, Gayle and Maxwell, who are endowed with special gifts for demolishing both fast and spin bowlers regardless of their reputations. They set the playing fields of Australia and New Zealand ablaze with their savage hitting and there is no reason why they will not scorch the Indian grounds now.

Of course, de Villiers, McCullum, Gayle and Maxwell are not the only strikers of the ball expected to thrill the spectators in the eighth edition of the IPL. Giving them company in triggering destruction on the field will be David Miller, David Warner, Corey Anderson and Kieron Pollard, to name the other fearsome foursome. Virender Sehwag, Yuvraj Singh, Suresh Raina and Rohit Sharma will also not be far behind.

This IPL promises to be the richest in terms of run feast with the aforementioned batsmen holding the centre stage. In fact, the very nature of Twenty20 cricket is such that not a single IPL season has gone without a few batsmen scoring blistering centuries.

Fittingly enough, to McCullum goes the credit to hit the first IPL century (158 not out, 73 balls, 10 fours, 13 sixes) in the very first match, between Kolkata Knight Riders and Royal Challengers Bangalore, at Bangalore on April 18, 2008.

Since then 30 other hundreds have been scored in the IPL with Gayle registering the highest individual score — an epic 175 not out off just 66 balls studded with 13 fours and 17 sixes for Royal Challengers Bangalore against Pune Warriors at Bangalore on April 23, 2013. The West Indian powerhouse, who relishes limited-overs cricket more than Test matches, has also notched up the maximum number of centuries in the IPL — four.

Since this is cricket’s shortest format, and batsmen are expected to score maximum number of runs in the 20 overs allotted to their teams, scant respect is paid to the aesthetics of batsmanship. Artistry, elegance and style do not matter. Nor footwork and technique. What is of paramount import is runs, runs and more runs — no matter how and in what manner they are scored.

Far greater importance is laid on improvisation and innovation at the crease. And rightly so. After all, the objective is to score runs — and really heavily at that — by any method. You may be technically correct. You may be a beautiful striker of the ball. But what is the use of your technical excellence and attractive shots if you are unable to dominate the bowling and scoring quickly? This is one of the main reasons why an artist like V.V.S. Laxman could be a liability in Twenty20 cricket.

The most violent strikers who are also excellent improvisers have better chances of succeeding in this type of cricket than batsmen like, say, Rahul Dravid and Cheteshwar Pujara who, for all their technical wizardry, are poor, uncertain and unclean hitters of the cherry. Unsurprisingly, the Test specialist from Saurashtra has had a dismal record in the IPL and the few One-Day internationals that he has played. With no IPL franchise showing any interest in him in 2015, Pujara has signed up to play for Yorkshire in the English County Championship.

Batsmen unfit to tie shoelaces of Dravid and Pujara have flourished in the IPL simply because of their ability to bludgeon the bowlers into submission, even if for a few overs only. Men like Wriddhiman Saha, Lendi Simmons, Paul Valthaty, Manish Pandey and Yusuf Pathan may not hold a candle to Dravid and Pujara in the art of ‘pure batting’, but the fact remains that each one of them has hit at least one century in the IPL.

While cricket itself is heavily loaded in favour of batsmen, its Twenty20 format appears to be designed to kill the bowlers. You cannot help feeling genuinely sorry for the bowlers. All they have, to prove their ability against heavy odds, including biased rules, are a mere 4 overs in which they have to do so much. While bowlers can bowl no more than four overs, no such restrictions are put on the batsmen.

Bowlers have to be extra careful not to err in line and length — no no-balls, no wides and not more than two bouncers per over. As if that were not enough, it is usually the batting paradise on which they have to bowl and are expected to beat the batsmen and take their wickets. Indeed, it is a tribute to the talents of certain bowlers who have managed to hold their own, and enjoyed some success as well, despite the very nature and rules of Twenty20 cricket not particularly favouring them.

Be that as it may, since Twenty20 cricket, the IPL in particular, is more in celebration of the skills of batsmen than bowlers, let de Villiers and McCullum and Gayle and Maxwell and others of their ilk sharpen their blades for yet another round of mayhem at the crease for the next six weeks or so.

And why not. Twenty20 cricket is the other name of entertainment; the IPL is more so. Both the spectators at the venues and television viewers across the cricket world want nothing but sheer entertainment and expect these batsmen to go hammer and tongs at the poor bowlers. So, let the party begin, let it rain fours and sixes as they must when the likes of de Villiers and McCullum and Gayle and Maxwell are around.