IPL Matches In Chennai An Embarrassment During Cauvery Protest: Rajnikanth

The actor-turned-politician further said players and spectators must be allowed to wear black badges during the match in show of protest. 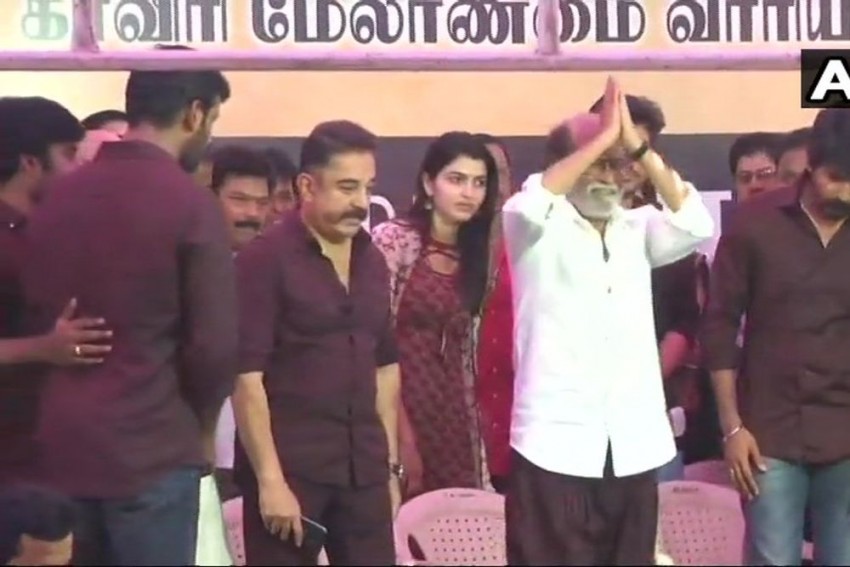 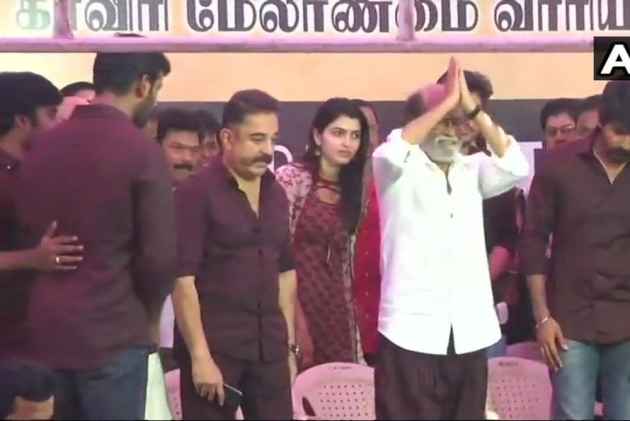 Actor-turned-politician Rajnikanth today took part in a protest against the delay by the centre in forming the Cauvery management board as directed by the Supreme Court.

Actor-turned-politician Kamal Haasan, actors Dhanush, Vijay, Suriya, Sathyaraj, and music composer Ilayaraja, along with Rajnikanth assembled at Chennai's Valluvar Kottam demanding for the immediate formation of the Cauvery management board.

Attacking the government over the delay in its formation, Rajnikanth said it is an 'embarrassment' that a time when the state is protesting over the Cauvery issue, the IPL matches is being held, reported the NDTV.

The actor-turned-politician further said players and spectators must be allowed to wear black badges during the match in show of protest.

Rajnikanth confirmed his entry into politics late last year, and said he would contest all constituencies in Tamil Nadu in the next state assembly elections by floating a new party.

Opposing IPL matches over the Cauvery issue, Nam Tamizhar Katchi leader Seeman said yesterday Tamil Nadu was in no mood for a cricket match in view of agitations for the CMB. He asked the organisers to either postpone it or hold the match elsewhere.

"If they still choose to hold it, we will lay a siege and not allow anyone to enter the stadium," he told reporters in Nagore.

Actor-turned-politician Vijayakanth's DMDK was also among the political parties which held protest demonstrations.

Stirs, including rail blockades, by political parties and other outfits for setting up of the Cauvery Management Board (CMB) continued in several parts of Tamil Nadu.

Protesters are demanding the CMB be set up at the earliest to implement the Supreme Court's February 16 verdict on water allocation among the riparian states. The apex court though had reduced Tamil Nadu's share of Cauvery water, it had allowed it to extract 10 tmcft groundwater from the river basin to tackle its pressing need for the drinking water.

In Thanjavur on Saturday, members of the Cauvery Rights Retrieval Association (CRRA) blocked rail traffic, affecting services for some time. Two express trains were stopped by the protesters.

In a different incident, an agitation was staged near the post office by another outfit. Cadres of an ultra Left outfit at Tircuhirapalli held a rally over the Cauvery and defaced the Tamil name board of the Hindi Prachar Sabha.

Farmers and cadres of a pro-Tamil outfit also held a protest separately.

The CRRA in Mannargudi held a protest and in Nagapattinam, volunteers of actor Vijay's fan club staged a protest at the seashore.

The DMK-led opposition parties had staged a bandh demanding setting up of CMB in the state on Thursday.