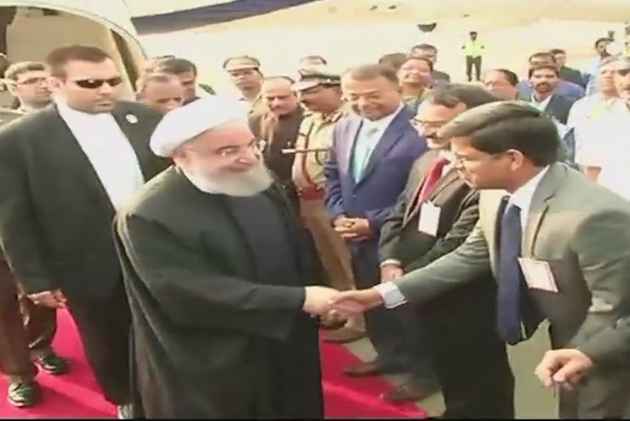 Iranian President Hassan Rouhani visited the famous Qutub Shahi tombs in Hyderabad on Friday on the second day of his Hyderabad visit.

Rouhani visited the tombs of Qutub Shahi rulers in Golconda area in the city. These monuments are popularly known as seven tombs and built in Iranian architecture style.

"The Iranian president reached the tombs around 9 am. He was briefed about the historic site by officials," DCP (West Zone) Venkateshwar Rao said.

A project for restoration of the over 400-year-old complex started in 2013 after the Aga Khan Trust for Culture (AKTC) signed a memorandum of understanding with Telangana Department of Archaeology and Museums.

Telangana government officials and AKTC office-bearers briefed the Iranian president about the tombs.

In the afternoon, Rouhani would address a Muslim congregation at the historic Mecca Masjid after performing Friday prayers, official sources said.

Religious scholars from different schools of thought would also participate in this session, they said.

Rouhani began his three-day India visit yesterday after his arrival here last evening. This was his second visit to Hyderabad and the first after assuming charge as the president of Iran.

"He will leave for New Delhi this evening," the sources added.