Is BJP In Opposition? 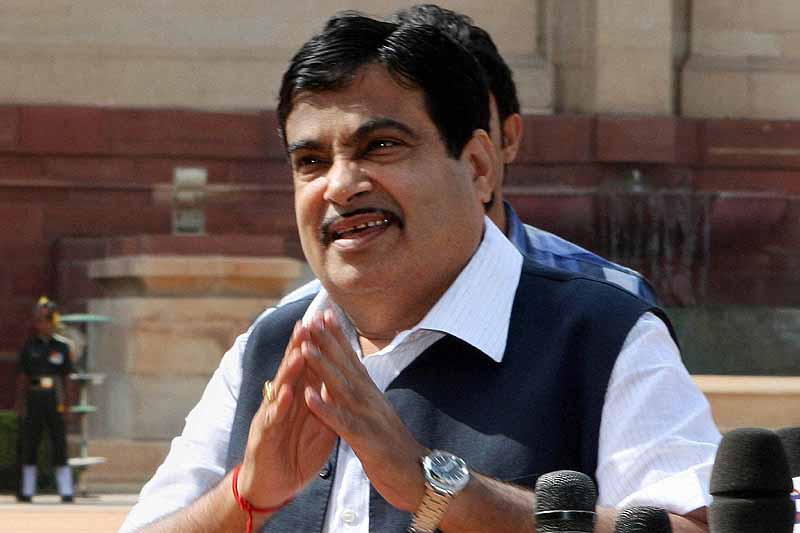 Anjali Damania learnt about the corruption going on in construction of irrigation dams in Maharashtra. She filed several RTI applications and exposed the scam. She filed a PIL in Bombay High Court in April 2012. Agitated by the scam, she met Mr Nitin Gadkari on 14th Aug 2012 to request him to take up the issue strongly.

She was completely shocked to hear Gadkari’s response. He said: “How could you expect us to speak against Mr Sharad Pawar? Chaar kaam wo hamare karte hain, chaar kaam hum unke karte hain [roughly: He does us some favours, we do him some favours]"

Mr Gadkari has denied any relations with NCP or its leaders. Anjali set out to find the truth. The investigations carried out by her and others in the last one month have given a glimpse into what are these “chaar kaam” that NCP has done for Mr Gadkari.

We attach herewith stories of two families from a village. Land in this village was acquired by Maharashtra government to construct dams. Land acquired was far in excess of actual requirements. According to rules, the excess land should either be returned to farmers or leased out to them for farming. Flouting these rules and despite repeated requests from farmers, the excess land was handed over to Nitin Gadkari’s organizations by Ajit Pawar, the then irrigation minister. This was also in violation of rules because land belonging to irrigation department cannot be transferred or leased to private organizations. When farmers protested, they were threatened by Gadkari’s henchmen.

Since Anjali set out on her investigations, Ghadge, the farmer from Umred, is being repeatedly threatened by Gadkari’s men. This morning, he called up Anjali and started crying as he could not stand the pressure.

It is well known that farmers in this region have been committing suicides in large nos. These dams have been constructed for providing water for irrigation to farmers in this region. Central government has also been generous in granting funds for construction of these dams. However, almost the entire water is being diverted for power and sugar industry. For instance, in Umred taluka, Lower Vena Vadgaon Dam was meant to provide irrigation water to these farmers. This dam has just one canal, which is non-functional. So, there is no question of the water reaching the farmers for irrigation. Instead, the entire water from this dam has been permitted to be used by Nitin Gadkari’s firms and other industries in that area.

This is the story of almost all dams constructed in Maharashtra in the last few years. Almost the entire water from these dams is being diverted to power industries, which have mushroomed on the banks of these dams. Power industries need a lot of water. Ajit Pawar has diverted water meant for irrigation to power industry on large scale. These industries either belong to politicians from all parties or have strong political connections across all parties. Therefore, none of the parties wish to raise this issue.

Some people might argue— doesn’t the country need electricity? Even if the dam water is being diverted for producing power, what is wrong in it? We completely agree that the country needs power. But the water to power industry should be provided honestly and in a transparent manner. It is cruel to divert the water meant for irrigating the lands of dying farmers. Huge funds are sanctioned for constructing dams to save the dying farmers. In order to construct dams, their lands are forcibly acquired, making their condition further miserable. But finally, the water from these dams is completely diverted to some industrialists through deceit? Isn’t that wrong?

When the interests of farmers were being sold out to favourite industrialists, why was Nitin Gadkari silent? Why did he not raise his voice against it? Thirty-three new coal based thermal power projects have been given approval as of 2010 and another 38 are pending approval. When these 71 plants come up, they will need 2049 million cubic meters of water per year due to which there will be not a drop of water for irrigation in a region where farmers commit suicide every day.

Nitin Gadkari himself has five such power producing industries and three sugar industries in Maharashtra. And that is the reason why Nitin Gadkari did not wish to raise the issue of corruption in irrigation dams. In a short span, Gadkari has built a huge business empire in a short period with more than 15 companies in sectors including construction, sugar, distillery, power, coal, agro etc

Nitin Gadkari wrote a letter to Mr Pawan Bansal in central government requesting him to release Rs 400 crores to contractors constructing irrigation dams. When this issue got highlighted in media, Gadkari said that he had written five such letters and would write ten more similar letters. He said that he wrote these letters because he was worried about the condition of the farmers and wanted that the dams should be constructed soonest. Did he write even a single letter to any government and request them not to divert farmers’ water to industrialists?

In some areas, Gadkari’s companies are a source of huge pollution causing inconvenience to local people. For instance, in Umred, Gadkari owns a power industry. Fly ash from this industry is polluting the air in that village causing breathing problems for the villagers. Likewise, flyash has been disposed in local river thus polluting the entire river. Despite repeated complaints from the villagers, obviously, no action has been taken by the government because the Gadkari has excellent relations with all parties in power.

In this short while, Anjali has been able to find out the above “chaar kaam” that ruling parties have done for Nitin Gadkari. If thorough investigations are carried out, many more such instances would emerge.

When Mr Gadkari receives a favour from the ruling coalition of Congress-NCP in Maharashtra in the form of irrigation dam water and farmers’ lands, what does he offer in return as quid pro quo? He mortgages the trust of the people of India. He assures them that as opposition, he would not allow his party to speak against ruling establishment’s corruption. He assures them that even if his party is forced to oppose due to media pressures or political compulsions, the opposition would merely be cosmetic. He is correct in saying— “How can we oppose them? Chaar kaam wo hamare karte hain, chaar kaam hum unke karte hain.” For him, politics is meant to enhance business opportunities rather than fight for people’s rights. Due to the inherent compulsions of his business empire, is it possible for him to head the main opposition party of India?

It is strange that BJP has amended its constitution to accommodate another term for Nitin Gadkari.