Is Cinderella The Original Feminist Fable?

Have we been looking at princess fairy tales the wrong way round all this while? 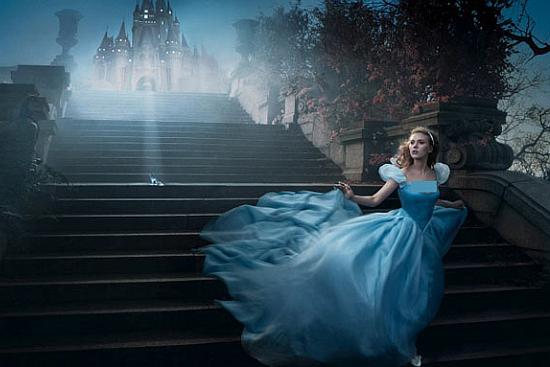 I've just watched the new Disney live-action princess movie, Cinderella. State-of-the-art CGI, the fabulously feisty Helena Bonham Carter (Fairy Godmother), and the stunning Cate Blanchett (evil stepmother) combine to bring the magic of the beloved story to larger-than-life. I walked in expecting several ingenious plot twists to accommodate a politically-correct feminist narrative in the new Disney tradition of Brave and Frozen; there were none. The film stayed refreshingly true to the original story. And it charmed the socks off the (largely female and juvenile) audience.

But that isn't supposed to happen, is it? Ever since Jakob and Wilhelm Grimm began collecting and publishing folktales from the German countryside some 200 years ago, fairy tales have come under so much flak that it is a wonder they have even survived, let alone thrived.

First, even though the folktales (they became 'fairy tales' only when they were published in English many years later) were targeted at adults, people objected to the high levels of violence and sex in them (in the original Snow White, it is her mother, not her stepmother, who orders the huntsman to kill her daughter and bring her liver back for her to eat (wait, what?); the uncensored Rapunzel has her giving the prince away by drawing the witch's attention to her dress, which has inexplicably grown tight around the waist (and you thought the prince and Rapunzel did nothing more than chat during their nightly assignations), which was a bit rich coming from people who had burnt 'witches' at the stake until 1735, and doubtless fathered several illegitimate children themselves, but there you go.

Hitler added his two pfennigs to the mix by urging every German child to read the Grimm tales (the sanitised, for-kids version, i.e.) since the characters in them exhibited 'sound racial instincts', otherwise known as anti-semitism. Years later, students of Jung and Freud saw (what else but) shades of female sexual awakening (which begins with fear and disgust and ends in joyful ecstasy) in the transformation of the Beast to the handsome prince, and the struggle of the adolescent female to break free from a loving but controlling mother in the stepmother-stepdaughter conflicts.

In the seventies, American feminists burnt the books (metaphorically speaking) along with their bras (non-metaphorically speaking), after their research uncovered a patriarchal conspiracy roiling beneath the stories' flat plotlines. Women everywhere bought into this interpretation — yet another stick to bash the men with! — and a rash of revisionist princess stories appeared. Go, sistahs!

Here's the thing, though. Fairy tales, and especially princess fairy tales, have endured. The latest Cinderella became Disney's largest 2D PG-rated opening of all time, snagging a 7.2/10 average rating on Rotten Tomatoes. So what's going on? Are the women in the audience completely missing the subtext? Or is it that we've been looking at fairy tales all wrong, and the bad rap the stories get in the sexism department is somewhat undeserved? There are some very good reasons to favour the latter argument. For instance:

What do you think? Is this oversimplifying, glossing over, reaching? Maybe. A little. But nothing like challenging the stereotypes about stereotypes to shake things up a little, wot?