'Is Pehlu Khan Subhash Chandra Bose, We Won't Let You Pay Tribute To Him': Hindu Group Members To Activists

The Rajasthan police gave clean chit to six persons named in the FIR registered in the lynching of Khan. 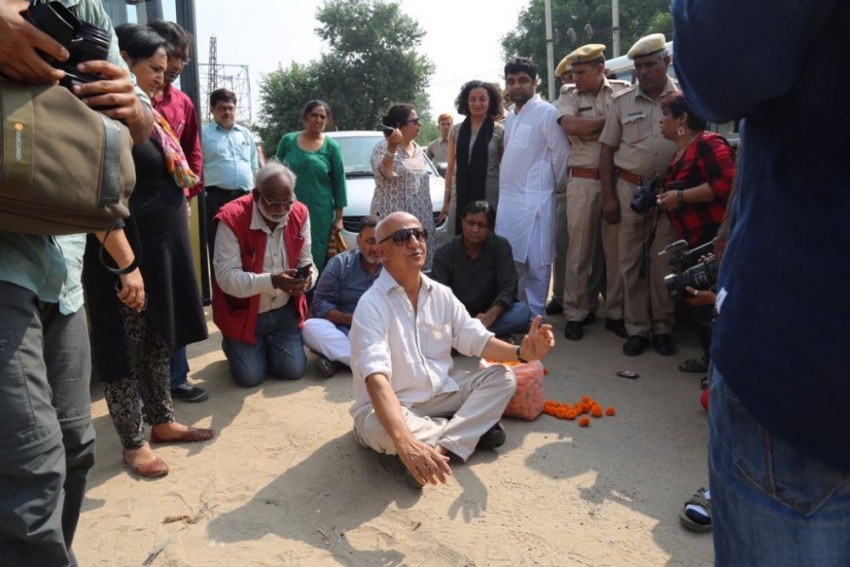 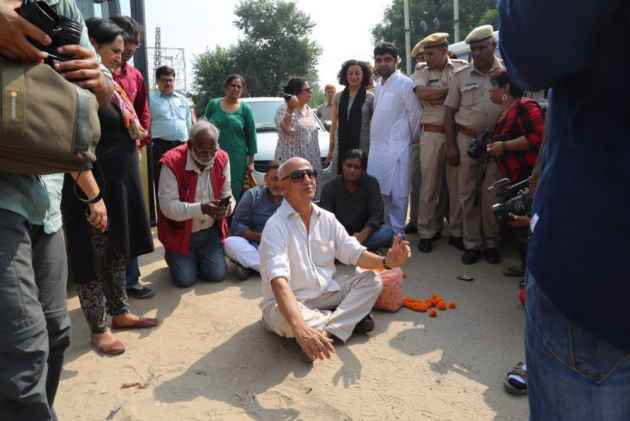 A group of people with allegiance to Hindu outfits on Friday held a protest when activists of Karwan-e-Mohabbat (caravan of love) were on their way to Behror in Alwar district of Rajasthan to pay tribute to dairy farmer Pehlu Khan, who was lynched by cow vigilantes in April.

According to Hindustan Times, the Karwan-e-Mohabbat activists were passing through the town on a bus when the Hindu group members started shouting “Bharat Mata Ki Jai” and “Vande Mataram”.

When the activists reached the office of the deputy superintendent of police, Behror, a large group of protesters surrounded them, the report added.

“We won’t let you pay tribute to Pehlu Khan. Is he Netaji Subhash Chandra Bose or the men fighting at the borders that people would pay tribute?” said one of the protesters.

HT reported that after the police refused to let the activists go to the place, Rights activist Harsh Mander who was part of the carvan, sat on a dharna saying that he wouldn’t leave the place till he paid tribute to Khan.

Later, Mander was allowed to go alone and pay tribute to Khan.

According to The Hindu, civil rights groups have expressed outrage after the Rajasthan police gave clean chit to six persons named in the FIR registered in the lynching of Khan.

Khan, 55, and four others were attacked allegedly by the cow vigilantes in Behror while they were on their way to Haryana after purchasing cattle in Rajasthan's Ramgarh on April 1.

Khan succumbed to his injuries at a hospital on April 3. The local police have arrested several persons in connection with the alleged smuggling and the killing.

The police had registered an FIR based on Khan’s statement made in an intensive care unit of the Kailash Hospital in Behror around 11pm on April 1.

The accused were cleared based on the statements by the staff of a cow shelter and mobile phone records, according to the investigation report.

Baduria A Gory Example Of How Social Media Antagonism Can Bleed Into Real World, Kill Real People, And Transform An Area