Is Privacy A Fundamental Right? Supreme Court To Decide Today

A nine-judge constitution bench headed by Chief Justice J S Khehar had on August 2 reserved its verdict after hearing marathon arguments for six days over a period of three weeks. 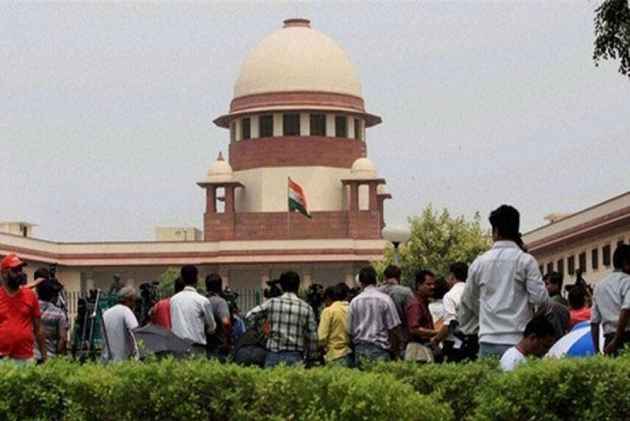 The Supreme Court is likely to pronounce on Thursday its judgement on the vexatious issue whether the right to privacy can be held as a fundamental right under the Constitution.

A nine-judge constitution bench headed by Chief Justice J S Khehar had on August 2 reserved its verdict after hearing marathon arguments for six days over a period of three weeks, during which submissions were advanced in favour and against the inclusion of the right to privacy as a fundamental right.

The contentious issue had emerged when the apex court was dealing with a batch of petitions challenging the Centre's move to make Aadhaar mandatory for availing the benefits of various social welfare schemes.

Initially, on July 7, a three-judge bench had said that all issues arising out of Aadhaar should finally be decided by a larger bench and the Chief Justice of India would take a call on the need for setting up a constitution bench.

The matter was then mentioned before CJI Khehar who set up a five-judge constitution bench to hear the matter.

However, the five-judge constitution bench on July 18 decided to set up a nine-judge bench to decide whether the right to privacy can be declared a fundamental right under the Constitution.

The decision to set up the nine-judge bench was taken to examine the correctness of two apex court judgements delivered in the cases of Kharak Singh and M P Sharma, decided by six and eight judge benches respectively, in which it was held that this right was not a fundamental right.

While the Kharak Singh judgement was delivered in 1960, the M P Sharma verdict was reported in 1950.

While reserving the verdict on August 2, the bench had voiced concern over the possible misuse of personal information in the public domain and said that protection of the concept of privacy in the all-pervading technological era was a "losing battle".

During the arguments, the bench had on July 19 observed that the right to privacy cannot be an absolute right and the state may have some power to put reasonable restrictions.

The Attorney General had also contended that right to privacy cannot fall in the bracket of fundamental rights as there were binding decisions of larger benches that it was only a common law right evolved through judicial decisions.

The Centre had termed privacy as a "vague and amorphous" right which cannot be granted primacy to deprive poor people of their rights to life, food and shelter.

The high-profile arguments also saw the apex court asking searching questions about the contours of right to privacy in the digital age when personal information was randomly shared with all types of government and private entities.

The bench had wanted to know about the tests which could be used to regulate and enforce privacy right when there could be "legitimate or illegitimate" use of data.

Meanwhile, the petitioners had contended that the right to privacy was "inalienable" and "inherent" to the most important fundamental right which is the right to liberty.

They had said that right to liberty, which also included right to privacy, was a pre-existing "natural right" which the Constitution acknowledged and guaranteed to the citizens in case of infringement by the state.

The apex court, during the hearing, favoured overarching guidelines to protect private information in public domain and said there was a need to "maintain the core of privacy" as the notion of privacy was fast becoming irrelevant in an all- pervading technological era.