Is There A Case For Small States?

Any rational reorganization of the nation into smaller states would give India around 50 states. Do small states suffer? Not if one views Punjab , Haryana and Himachal Pradesh. 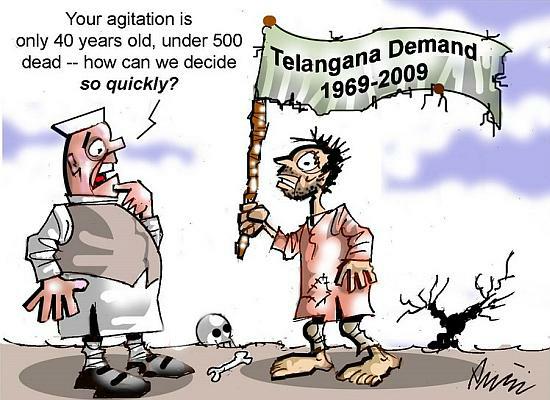 Fasting Telangana leader Chandrasekhara Rao’s condition is critical. If he succumbs there could be chaos. The situation must be defused. How? The union government should unequivocally accept the creation of Telangana state in principle.

But statehood should only be granted after the findings of a newly appointed Second States Reorganization Commission (SRC) are given. Smaller states within the same linguistic regions are desirable when history, administrative efficiency, dialect, or any other strong characteristic renders new statehood desirable. Thus, the Nizam’s rule in Hyderabad has given the people of Telangana a distinct identity. Portuguese rule in Goa has set it apart from other Marathi speaking areas. To ignore such differences arising from history would be denying the affirmation of healthy local pride. Up till now official policy on this subject has been unprincipled, ad hoc and arbitrary.

The rot started after the first SRC submitted its report. For one, its decision about Bombay , which has become the private hunting ground of Thackeray clan goons, was ignored because of electoral considerations. The Union government reluctantly and belatedly has conceded the creation of new states only after agitation, disruption and deaths have taken their toll. This unprincipled and expedient approach must end once and for all.

The demands for smaller states have periodically erupted across India . People agitate, they are quelled, and agitations die to revive again after a while. Vidharbha, Harit Pradesh, Gorkhaland, Mithalanchal Pradesh, Bodoland, Bundelkhand – the list of aspirants for statehood stretch very long. Any rational reorganization of the nation into smaller states would give India around 50 states. Do small states suffer? Not if one views Punjab , Haryana and Himachal Pradesh.

Certain norms would have to be observed for creating smaller states. As far as possible the new states should be carved out of one large state and not comprise territory cutting across the borders of two large states. Opponents of Telangana state in Andhra argue that the voters rejected Telangana in the last assembly elections. This argument is flawed. People in Andhra legitimately oppose bifurcation of their state in isolation. But if all states -- UP, Bihar, Maharashtra and the rest -- are divided into smaller states, how would voters react? One suspects that a nationwide referendum would give a very different voter response, including response from voters in Rayalaseema and coastal Andhra.

The reorganization of states throughout India would be a huge task requiring time and patience. But it should be undertaken and accepted in principle immediately. While the proposed Commission undertakes its task other measures regarding a rational division of responsibility between local, district, state and central governments should also be studied. India ’s political system requires reappraisal in its entirety. Let the announcement of a second SRC be the starting point. Let acceptance of a new Telangana state in principle defuse the explosive situation in Andhra.