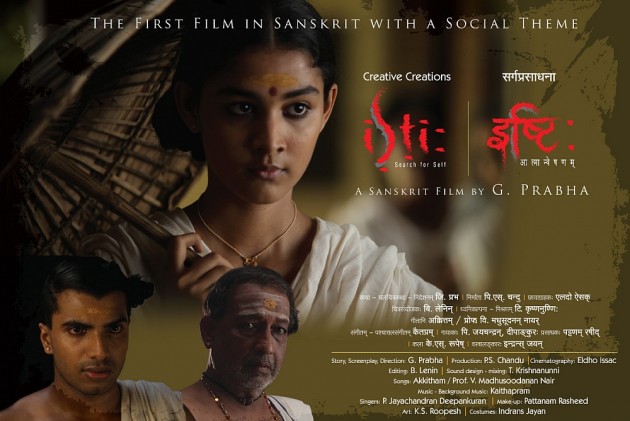 Whenever one goes to watch a Sanskrit movie — even if it’s with a social theme – seldom would one expect a revolutionary plot. Stereotypes that one may associate with the language will fade away as the reel starts rolling and, in no time, one is transported to a real world populated by real men and women. The language won’t impede the overall movie experience or create barriers in establishing an intimate connect with the characters.

Ishti (meaning search for the self), directed by debutant director G Prabha, retired Sanskrit professor, has all the elements of a world-class film — minus the money and marketing muscle. In his own words, it’s the product of “20 years of penance” and each frame is a testimony to his eye for details, hard work and craftsmanship.

Peals of laughter and recurring applause during its screening in the national capital, from an audience that’s not so familiar with the time or the milieu of the plot, have shown that the film has been well-received. Then, there are English subtitles to fall back on, if necessary.

The film is a celebration of the feminine spirit that has the power to knock down powerful pillars of patriarchy. The message is loud and clear: the woman is the light of the family, the microcosm of society, and if she decides to exit from the confines, the superstructure will come crashing down howsoever strong its foundations might be.

Like the protagonist in the film, she may appear meek but in her resides the power, shakti, that can blow the oppressive system asunder.  Façade of morality and religion can’t save it from falling into the dungeons of despair, destitution and darkness. One of the reasons for the decline of the Namboothiri-Brahmin dominance in Kerala is this unjust social structure that heaped atrocities on women. Thus, Ishti serves as a warning to all those societies and communities, which want to keep their women wrapped in the veil of tyranny and oppression. 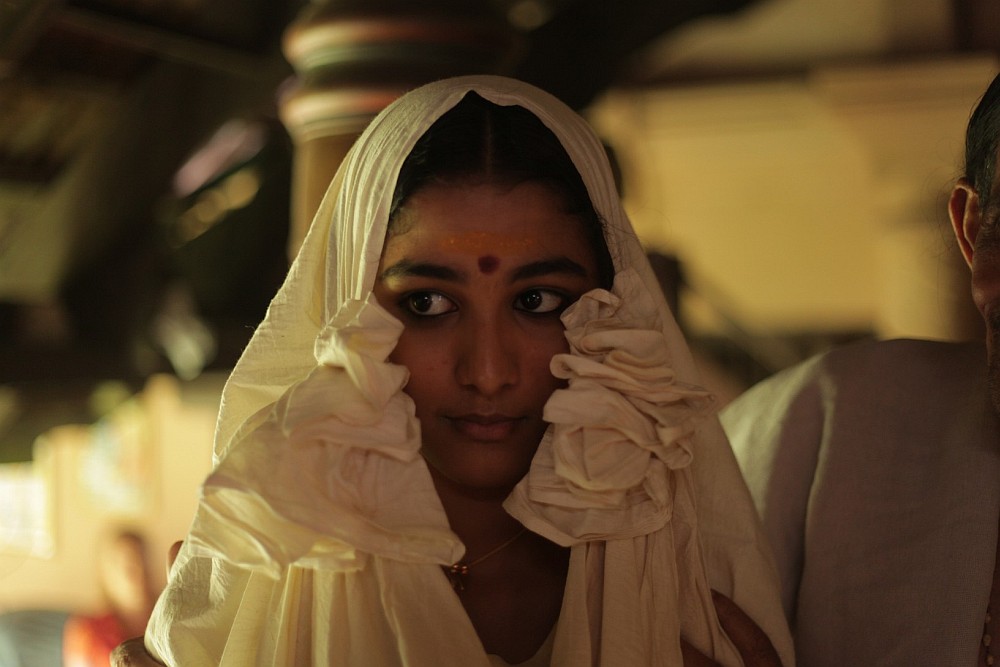 The film is set in the first half of the twentieth century. Ramavikraman Namboothiri, the 71-year-old patriarch of the illam (Brahmin household), is a Vedic scholar and a Somayaji, one who has the authority to preside over Somayag. He yearns to perform Athirathram that will earn him the position of Akkithiri (Agnihotri) and for this he is ready to even sacrifice the welfare of his kith and kin. A yajamanan (chief priest) preserves the fire from the yaga until his death where the fire is used to light the funeral pyre.

Ramavarman has three wives. Sridevi, the third one, is only 17, almost the same age as his younger daughter, Lakshmi. His spiritual pursuits have burnt a big hole in his pocket and the marriage to Sridevi is a bid to replenish family’s dwindling resources for his future endeavours.

According to Namboothiri traditions, only the eldest brother can marry a Namboothiri woman and have children to continue the family line. Younger siblings can havesambandham (concubines) in Nairs.

Ramavikarman’s younger brother, Narayanan Namboothiri, too, has a concubine whom he visits every night for pleasure. But when the woman asks for money to treat their dying son, Narayanan is helpless, as he being the younger sibling doesn’t enjoy rights over the resources of the illam. Narayanan’s request for money is turned down by Ramavikraman as the child doesn’t belong to the illam. The child dies a painful death. Saddened by the loss, the woman shuts the door on the exploitative relationship. Frustrated, Narayanan cuts his tuft and sacred thread, the symbols of Brahmanism, and walks away.

Ramavikraman marries his third wife though he is incapable of satisfying the bodily needs of his second wife, who tries her luck at Narayanan only to be dismissed. The patriarch has a 26-year-old son, Raman Namboothiri, from his first wife who can recite Vedas but is illiterate. It is into this claustrophobic family, a graveyard of broken dreams and unmet desires, Sridevi comes in as a fresh breeze.

Sridevi knows how to read and write and encourages other members in the family, including the womenfolk, to learn writing. Raman’s quest for knowledge brings him close to his stepmother Sridevi. Soon a rumour about their illicit relations becomes a talking point in the community. As the storm gathers pace, Raman Namboothiri walks out of the household. According to custom, the community elders gather for the dehumanising trial of the ‘sinner’, Sridevi, and pronounce her excommunication.

But before that could happen, Sridevi storms out of the house cocking a snook at the patriarchy. She throws away all the symbols of oppression and walks to freedom. With her desertion, the sacred fire that Ramavikraman preserved all these years dies down.

Versatile Nedumudi Venu as Ramavikraman Namboothiri gets into the skin of the character effortlessly. Athira Patel as Sridevi has proved that she can handle serious roles with ease. All the others in the cast have played their role well. Kaithapram’s background music gels well with the stream of images and adds to overall aesthetics.

(G Sreedathan is the editor of Bharat Niti)