Both the teams are winless. Delhi shared the spoils with FC Pune in their first match – a 1-1 draw at home. But ATK are yet to open their points account after suffering 0-2 and 0-1 defeats against Kerala Blasters and NorthEast United respectively. 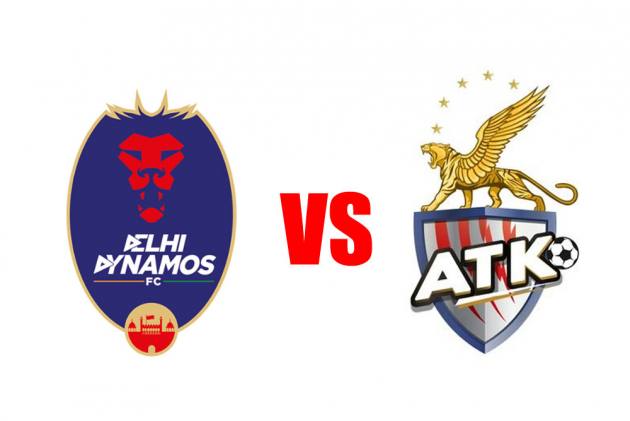 Both the teams are winless. Delhi shared the spoils with FC Pune in their first match – a 1-1 draw at home.

But ATK are yet to open their points account after suffering 0-2 and 0-1 defeats against Kerala Blasters and NorthEast United respectively.

Head-To-Head: Dynamos 2-2 ATK after eight meetings. Four matches ended on draws. Both the sides have scored nine goals each, against each other.

- Delhi are on a seven-match unbeaten run in ISL, since February 2018. Last time they lost in the league was against Kerala Blasters, 2-1 at Kochi on January 21 last year.

- The fixture has witnessed only one goalless match, in the return leg of the 2014 season at Delhi. And Delhi have always conceded goals, except that match.

- Dynamos' all-time goal-scorer Kalu Uche is likely to play an important part in the match, albeit for the visitors. He had scored 13 goals in 15 matches for Delhi.