Cahill, 38, could not make his ISL debut in the first game of the season against Mumbai City FC due to suspension. But the former Everton player is available for selection for the Bengaluru match. 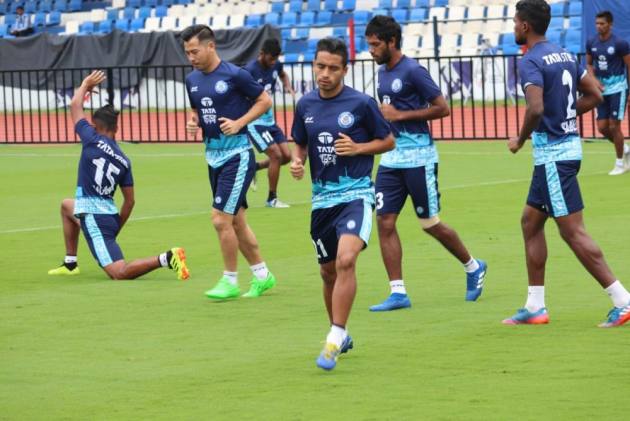 Cahill, 38, could not make ISL debut in the first game of the season against Mumbai City FC due to suspension, which he received for a fight in his last match for Millwall against Fulham. But the former Everton player is available for selection for the Bengaluru match.

Jamshedpur won their opening match, beating Mumbai City 2-0 in Mumbai. And with experienced Cahill available, they can hope to win back-to-back matches.

But hosts Bengaluru have one of the best sides in the country, with the likes of Miku, captain Sunil Chhetri and Udanta Kumam leading the attack.

They, however, were forced to dig deep for a 1-0 win against defending champions Chennaiyin FC in the first match.

After registering a clean sheet in the opener, Bengaluru coach Carles Cuadrat will once again want to keep things tight at the back and deny space to the likes of Sergio Cidoncha and Mario Arques who were outstanding against Mumbai, and also Cahill, who featured for Australia at a record four World Cups.

The Spaniard is also looking to utilise Bengaluru's set-piece capabilities against a side which likes to play with the ball on the ground.

"We saw last week that they were very good against Mumbai when they have the ball. They can construct good offensive attacks," said Cuadrat.

"Our plan will be to be competitive and to keep the ball and utilise our strikers. You saw in the second half (against Chennaiyin FC) the other day, how many chances we had," he added.

Jamshedpur had a bright start to the tournament after they defeated Mumbai City in their first match. They looked the more dominant side for the lion's share of the match with the players adapting to the coach's style of play.

The men of steel also showed excellent defensive organisation as they dealt well with Mumbai's attacks during the closing stages of the match. But their backline can expect a sterner test from Bengaluru's attacking force.

"I know Carles is a good coach. They played very well and won against a big team in Chennaiyin FC. It'll be a challenge for us to win here but I'll try to win," said a confident Cesar Ferrando, JFC's coach.

Star forward Cahill is available for selection while Dhanachandra Leihaorungbam will remain unavailable due to his injury woes.

"Tim is a good signing for us. He is very important and I think he's going to play. He's also a big help for the young Indian players," said Ferrando.