The Netherlands-born midfielder has agreed to a deal with the ISL side till the end of the ongoing season. 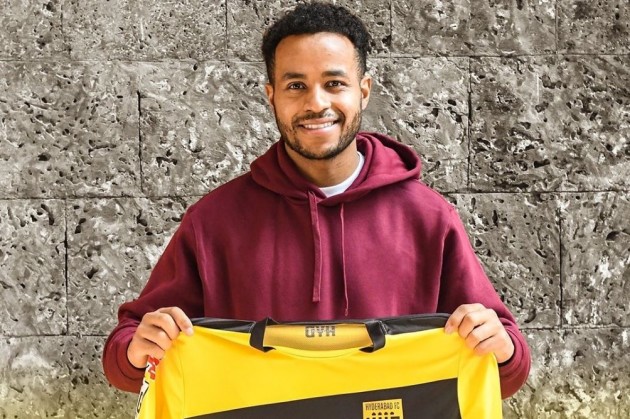 The Netherlands-born midfielder has agreed to a deal with the ISL side till the end of the ongoing season.

The 30-year-old will officially become the seventh overseas player in the squad after the loan transfer is completed when the January window opens on Friday.

"I have played in many teams, in different countries around the world. But Hyderabad FC will be the first club in Asia for me and I cannot wait to get started,"  Alberg was quoted as saying in a media release.

An experienced player, Alberg has played professionally in the top-flight leagues for Panionios in Greece, Elazigspor Kulubü in Turkey, CSKA Sofia in Bulgaria and Philadelphia Union in the USA apart from long stints in the Eredivisie, the top flight football league in Netherlands, with Excelsior and ADO Den Haag.

An AZ Alkmaar academy graduate, the former Dutch youth international spent the most recent season with Roda JC in the second division of the Dutch League whom he joined in 2019.

Alberg, who will become the first Dutch player in Hyderabad, has been a regular for Roda JC in the 2020-21 season, registering eight goals and an assist in 15 appearances in the Eerste Divisie.

"Our pre-season in Netherlands started in July and the season in August. I only missed a couple of games in the season, and played my last game on the 20th of December. So, I am fit and ready to go," he said.