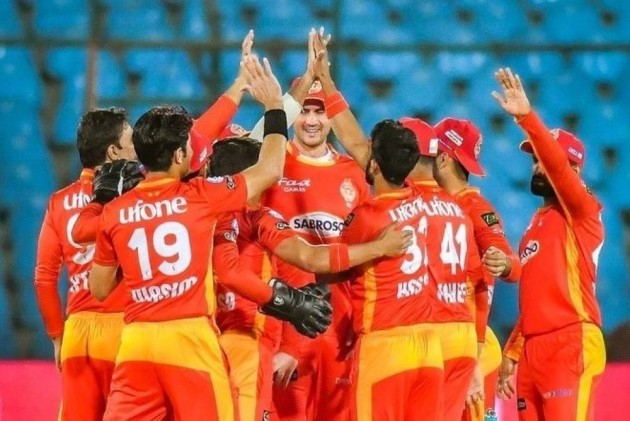 The match was rescheduled for Tuesday after Islamabad’s legspinner Fawad Ahmed tested positive for COVID-19 on Monday.

Two more foreign cricketers, including one unidentified Islamabad player, tested positive Tuesday before the Pakistan Cricket Board decided to go ahead with country's premier Twenty20 tournament.

Quetta's fourth successive loss at the toss continued a trend, as all 12 preliminary round matches have been won by teams chasing with all six captains opting to field first after winning the toss.

Peshawar Zalmi, Islamabad and Lahore Qalandars share a three-way tie atop the leaderboard after the conclusion of fourth round matches, with each having won three of their four games.

But Islamabad always looked ahead after fast bowlers Hasan Ali (2-23) and Ashraf picked up four wickets inside the first six overs of Quetta’s batting powerplay.

Ashraf sent Cameron Delport’s offstump cartwheeling off his first delivery before trapping Sarfaraz leg before wicket in his return spell as Quetta could score only one six and a four in their last seven overs.

Stirling took the game away from Quetta within the first three overs by propelling the total to 44-0. The prolific Irish batsman hammered South Africa’s Dale Steyn for four boundaries in one over after smashing leftarm spinner Mohammad Nawaz for two boundaries and a six in the first over.

Legspinner Zahid Mahmood (2-29) clean bowled Stirling in the 10th over off a sharp googly, but Rohail Nazir (34), playing his first PSL game this season, and captain Shadab Khan (21) made useful contributions to take the two-time champion home.