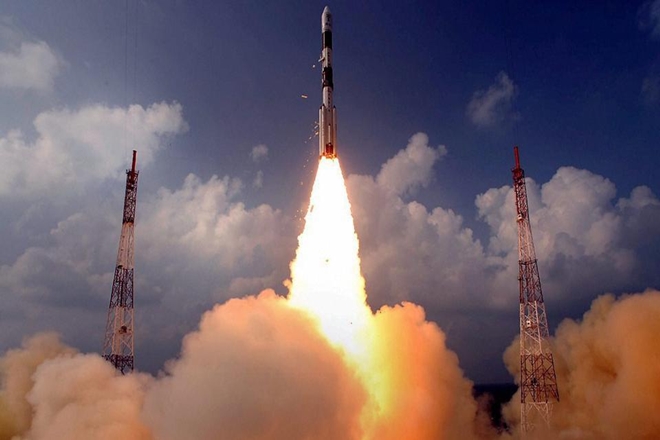 The launch of 31 satellites, including three of India and 28 of six other countries, by the Indian Space Research Organisation (ISRO) began at 5.29 am and  lifted off at 9.29 hours from the first launch pad at the Satish Dhawan Space Centre about 90 kilometres off Chennai.

Talking to ANI, Minister of State (MoS) for Prime Minister's Office (PMO) Jitendra Singh said, "It is a historic day for us and a great headway for India."

"Prime Minister Narendra Modi has arranged a brainstorming session between space scientists and officials from different government departments so that they could understand the diverse applications of space technology in transforming India," he added.

Later, the payload Microsat developed by the ISRO will be taken down to a lower orbit at 359-kilometre height and launched using the 'multiple engine switch-on' method.

This satellite is the seventh remote sensing satellite in its series and has the mission life of five years.

Its uses include monitoring urban and rural applications, coastal land use regulation, managing services like road networks and water distribution, detecting changes in geographical features and creation of land use maps.

The flight is the first since the setback suffered by the PSLV in August last and is set to demonstrate that the workhorse rocket is back in the game for reliable satellite launches in the low earth and polar orbits. (ANI)