It Is Autumn In Kashmir; Season To Walk On Chinar Leaves

Enter Chinar garden at Dal Lake in Srinagar. At one side of the garden, children were playing cricket on fallen Chinar leaves. 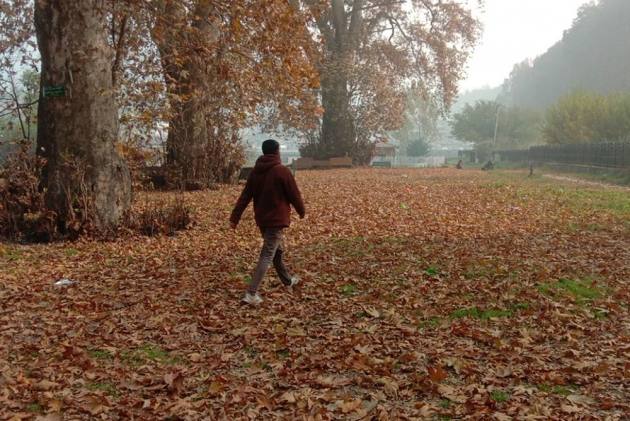 (The spark that has in its conscience the fire of Chinar trees,
The spark, celestial dust, will never become cold) - Sir Muhammad Iqbal

For centuries the Chinar tree has attracted and inspired Kashmiri poets. And Iqbal’s couplet is on everyone’s lips.

Enter Chinar garden at Dal Lake in Srinagar. At one side of the garden, children were playing cricket on fallen Chinar leaves. In the same garden, small children were collecting fallen leaves at one place to burn them to make charcoal for use during winters. Tourists were taking selfies to be posted on social media sites. In October and November, Chinar gardens are being visited in large numbers as Chinar tree changes colours from blood-red, mauve, amber and yellow in these two months.

Che Nar (What fire) is a Persian name and Chinar trees are said to be native of Persia. It is said Mughal emperor Jahangir during his reign (1605 to 1627) imported the trees from Persia and planted them on a large scale across the valley. However, historians here say, the tree existed in the Valley long before the Mughals. They say during the Mughal period, the tree remained a major landscape tree that dominates the historic gardens of the Valley. The valley has some of the finest Chinar gardens in Srinagar, Ganderbal and Anantnag and Naseem Bagh campus of the University of Kashmir.

Sheikh Muhammad Abdullah, titled his autobiography Aatish-e-Chinar (the Chinar on fire) after crimson color of Chinar leaves of autumn. Though over the past three decades there has been a decrease in the population of Chinar trees due to cuttings, efforts have been also made by some NGOs and the government the plant Chinar saplings across the Valley.
Chinar is a heritage tree and felling of it or even lopping off its branches is forbidden by law. The tree attains a height of 25 meters, girth exceeding 50 feet and a life span of about 700 years.

There are more than 4000 Chinar trees that exist in Kashmir include 627-year-old Chinar tree planted at Central Kashmir Budgam. The tree was planted by Sufi saint Syed Abdul Qasim Shah Hamdani in 1374 and is believed to be the oldest. The second oldest tree is at Darah Shaku park in Bijbehara. The tree is 250-year old.