IT Raids On Perfume Dealers Have Left Akhilesh Rattled, Speechless: UP Dy CM

Taking a dig at Yadav’s frequent visit to temples, Maurya said those who fired bullets at ‘kar sevaks’ and lathi-charged ‘kanwariyas’ have suddenly started remembering Ram. 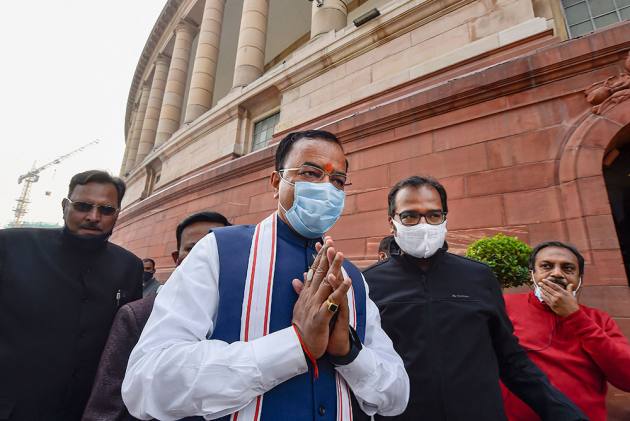 “Ever since the stink of ‘Samajwadi itr’ (perfume) has spread, Akhilesh Yadav has been rattled and become speechless,” said Maurya, addressing the BJP's Backward Classes convention at Sikandarpur near here. “Akhilesh Yadav is in the dock and he will go abroad after the BJP victory in polls. Congress leader Rahul Gandhi has already gone out,” he said, adding the Samajwadi Party will not be able to get more than 47 seats, its present strength in the assembly, in the UP elections.

Taking a dig at Yadav’s frequent visit to temples, Maurya said those who fired bullets at ‘kar sevaks’ and lathi-charged ‘kanwariyas’ have suddenly started remembering Ram. "Yesterday, Akhilesh ji worshipped Parshuram," he said, adding “one who did not follow Lord Ram, how will he follow Parhsuram?” Dy CM Maurya posed a string of questions for Yadav, asking him if he ever visited Ram Lalla’s Janmabhoomi in Ayodhya, Baba Vishwanath's temple in Kashi and the Krishna Janmabhoomi in Mathura before the 2017 assembly elections.

"Yadav woke up and began frequenting temples and shrines only after his party was routed in the 2017 assembly elections," he quipped. Cautioning people against those who “become Hindus” only during elections, Maurya said the biggest difference that has come lately is that the goons supporting the SP have begun donning red caps and concealing their skull caps in their pockets.