The recipient, Almerina Mascarello, who lost her left hand in an accident 25 years ago, said that it was almost like having her hand back. 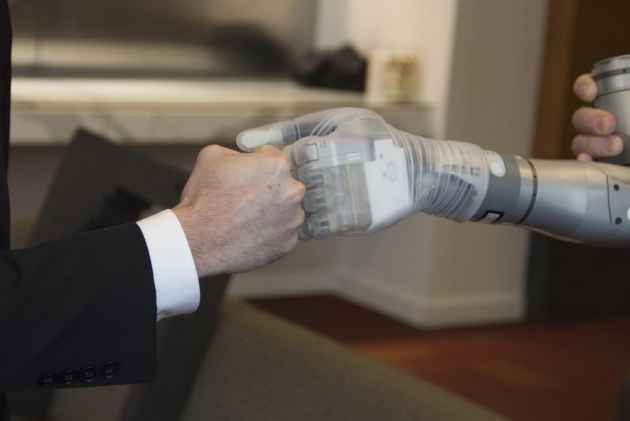 An Italian woman, who lost her hand 25 years ago, has become the first person to receive bionic hand that can feel the sense of touch.

The bionic hand is the first with a sense of touch portable enough to be worn outside a laboratory.

The recipient, Almerina Mascarello, who lost her left hand in an accident nearly a quarter of a century ago, said that it was almost like having her hand back.

The prosthetic hand has sensors that detect information about whether an object is soft or hard.

These messages are linked to a computer in a rucksack that converts these signals into a language the brain will understand.

The information is relayed to Mascarello's brain via tiny electrodes implanted in nerves in the upper arm.

In tests, Mascarello was able to identify whether the object she was picking up was hard or soft while being blindfolded.

"The feeling is spontaneous as if it were your real hand; you're finally able to do things that before were difficult, like getting dressed, putting on shoes - all mundane but important things - you feel complete," Mascarello was quoted as saying by the 'BBC News'.

Mascarello was able to keep the bionic hand for six months, but it has now been removed, as it is still a prototype.

A robotic prosthesis better than the human hand is still a long way off, but the team believe it might eventually be a reality.