It's A Make-Or-Break Situation For BJP, Congress In Madhya Pradesh

Exit polls suggest there will be a tight race between the BJP and Congress in Madhya Pradesh where Chief Minister Shivraj Singh Chouhan is in power for three consecutive terms. 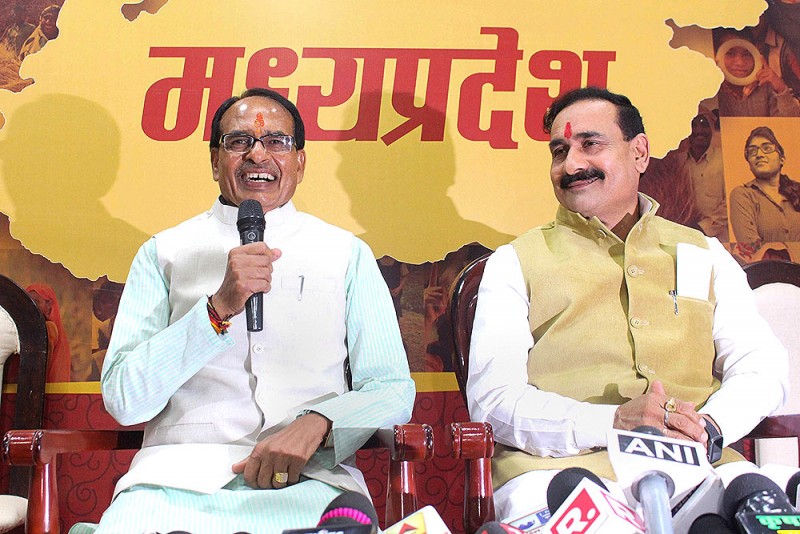 The assembly elections results are being seen crucial for the BJP ahead of the 2019 Lok Sabha elections as it is in power in three states- Rajasthan, Madhya Pradesh and Chhattisgarh.

If exit polls are to be believed, there will be a tight race between the BJP and the Congress in Madhya Pradesh, where Chief Minister Shivraj Singh Chouhan is in power for three consecutive terms.

The exit polls predictions have caused anxiety to the strategists of BJP from Bhopal to Delhi. However, the confidence of the chief minister seems to be elevated. He claims that the BJP will form the government for the fourth time.

In case the BJP makes it past the halfway mark, Chouhan will head the government. However, the situation of the Congress is opposite with more than one candidate in race for the CM post. Jyotiraditya Scindia and Kamal Nath of the grand old party are the likely contenders for the CM post.

However, one issue that will decide the elections this time will be the farmers’ distress.

For one, Madhya Pradesh had witnessed a farmers’ protest in June last year with Mandsaur as its epicentre. Six farmers were killed when police opened fire on peasants demanding better price for their produce.

To pacify the agitated farmers, Chouhan announced a compensation of Rs one crore each for the next of the kin of the deceased. He also observed a 24-hour-long fast for ‘restoration of peace'. To appease the farmers, the state government, in October 2017, launched Bhavantar scheme under which the farmers were to be paid the difference between the sale price of their produce and the model rates. In its budget for the fiscal year 2017-18, the government has set aside Rs 1,000 crore for Bhavantar Bhugtan. The scheme did make some difference at the ground but the resentment among the farmers still persists.

The Congress hopes that the resentment would help it reap a rich harvest of votes. Congress chief Rahul Gandhi visited Mandsaur on the first anniversary of the police firing. Gauging the mood of the farmers, the Congress, in its manifesto, mentioned farm loan waiver within 10 days of coming to power.

Taking a jibe at the Congress, Jayant Malaiya, state finance minister and senior leader in Chouhan government said, “the new government would have to put all development programmes and infrastructure projects on hold to fulfil the loan waiver promise.”

It is said that the road to Madhya Pradesh Vidhan Sabha goes from the Malwa-Nimar region which constitutes 30 per cent of the assembly seats. And this is the area which witnessed the worst farmers’ protest. The situation will become clearer once counting begins. But clearly, it is a make or break situation for both the parties.