It’s Curtains For 2017, And These Were Big Developments That Rocked Bollywood

As we near the end of 2017, we list the top 10 most memorable moments that happened in the entertainment world this year 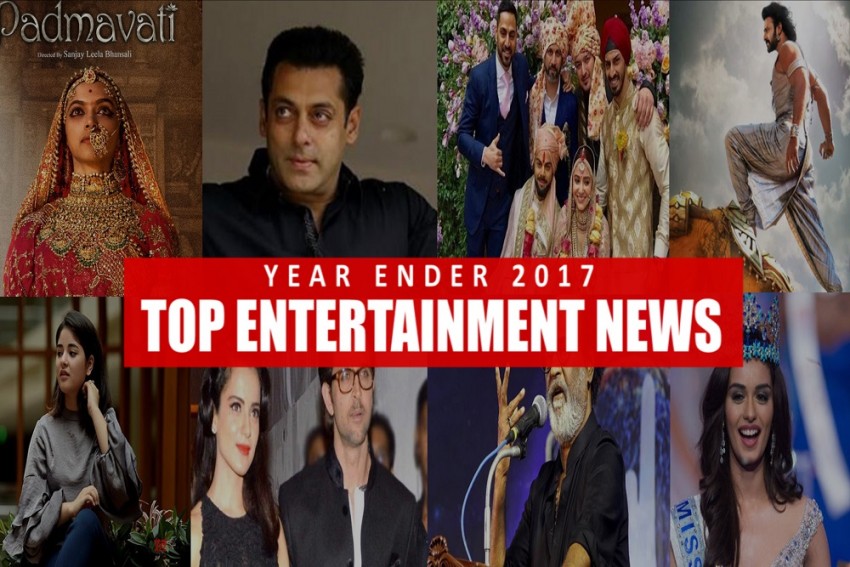 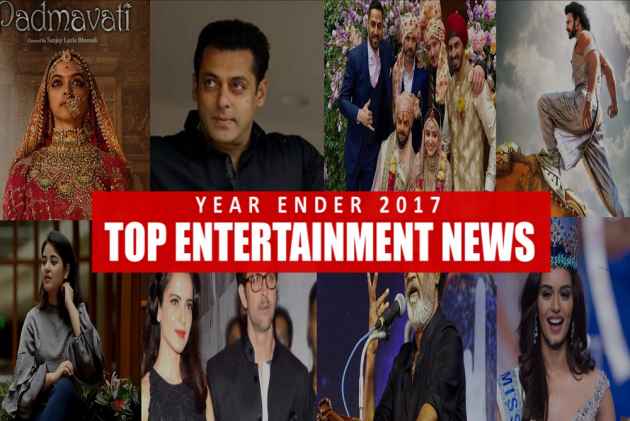 2017 was a year full of wonderful beginnings for some, humiliating endings for others and all around drama! Here are the top 10 most memorable moments that happened in the entertainment world this year. Ready, set, let’s go!!! Sanjay Leela Bhansali’s yet to be released movie starring Deepika Padukone, Ranveer Singh and Shahid Kapoor came under huge controversy this year. Sanjay Leela Bhansali, the director of the work, known for his taste for history and historical fiction as movie material, chose the story of Chittorgarh’s siege as the setting for his movie.

Just a few days before the release, a block of radicals were agitated about a rumor that the movie includes a romantic scene between Rani Padmavati and Alauddin Khilji. Some Hindu nationalists cried that such a love scene would be “distortion” of history. The Indian Motion Picture Producers Association earlier this year banned the entry of any Pakistani actors in the Indian film Industry. The legion of Pakistani actors and technicians in Bollywood and other Indian cinema hubs were also banned from working. In the official statement, the board wrote, “Pakistanis would be banned from the industry ‘for ever’.”

Try getting over Fawad Khan and Ghulam Ali!! Earlier this year, Bollywood actor Salman Khan got acquitted in a case registered against him under the Arms Act in Jodhpur in 1998 along with the cases of poaching of chinkaras and black bucks, when he was shooting for Hindi film Hum Saath Saath Hain.

A case against the film star was registered in October 1998 for his alleged use and possession of arms with an expired licence during the alleged poaching of two blackbucks in Kankani village.

SS Rajamouli's epic drama Baahubali 2: The Conclusion starring Prabhas and Anushka Shetty was 2017’s one of the costliest and much-awaited movie. The movie has earned over Rs 17.065 billion at the box office.

It's the sheer magic of terrific storytelling combined with a visual grandeur rarely seen in Indian cinema that turned it into an experience that'll be hard to forget anytime soon. The movie was released earlier this year and still its people’s favourite. The Hrithik Roshan-Kangana Ranaut saga is a murky, bottomless well. With neither of the parties backing down you really can't avoid this bizarre Bollywood controversy, which has seen several twists this year.

Though the fight was there for a few years now, this year surprisingly for the first time Kangana Ranaut confronted the audience in a show call ‘Aap Ki Adalat’and shared her ordeal. In the meantime, Hrithik Roshan also broke his two years long silence and finally came in front of the media. In his latest interview, Hrithik blamed Kangna for the worst fight which is still ongoing and said that he had never involved in any relationship with Kangna in the past and directly accused her of lying. An Indian medical student has been crowned Miss World 2017.

Manushi Chhillar, 20, is the sixth Indian winner of the prestigious competition, following in the footsteps of Bollywood actresses Priyanka Chopra and Aishwarya Rai Bachchan. Dangal actress Zaira Wasim was allegedly harassed and molested on a flight. A distraught Zaira went live on social media and broke down while describing her ordeal.Zaira has alleged that the man sitting behind her on the flight touched her neck and back while she was traveling on an Air Vistara flight. The mega superstar of the south is set to tell us all on December 31 is he will join politics. Earlier this year in May, Rajnikanth hinted that he has an interest in joining politics. Rajnikanth boasts one of the largest and most devoted fans following in the country.

10. And, We Lost A Whole Lot of Talents This Year Omkarnath And Voleti: Curious Tales Of Give And Take In Indian Music