The results in the three big states - Rajasthan, Madhya Pradesh and Chhattisgarh will change the political narrative ahead of the 2019 parliamentary polls. 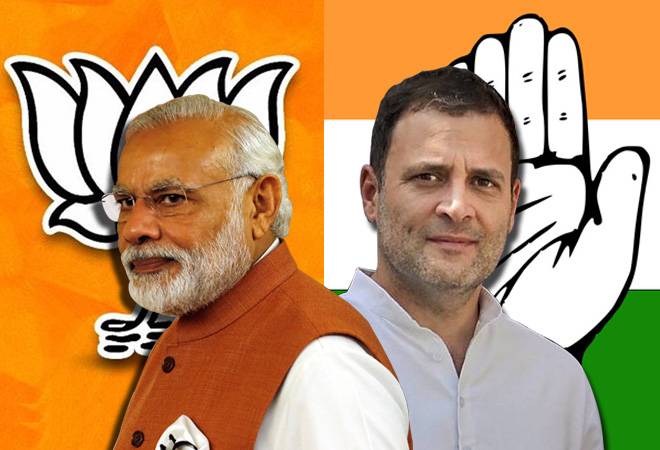 ‘It’s the economy, stupid,’ so said the former US president Bill Clinton during his campaign in the early 1990s.

The famous saying is ringing true more than a decade-and-half later in the Hindi heartland as rising people’s anger against a sluggish economy and growing farmers’ distress dealt setbacks to the Prime Minister Narendra Modi-led NDA, considered unassailable in elections over last several years. True, Modi wasn’t on the ballot and it was regional BJP satraps who were on test in state elections in Madhya Pradesh, Chhattisgarh and Rajasthan. The overall results suggest that the BJP cannot solely rely on Modi to win elections. He, after all, is not invincible.

More than anything else, the results in the three big states will change the political narrative ahead of the 2019 parliamentary polls. Modi undoubtedly will continue to straddle the electoral landscape as the single most charismatic leader, but the latest results do throw up Rahul Gandhi as a viable challenger. Dismissed by many as a ‘Pappu’, the Congress president’s stature would have grown manifold in the wake of Tuesday’s stunning victories.

Though it is not the end of the road for either Modi or his NDA, the results would expectedly rob them of the confident spring in their steps. If not defensive, they would be more circumspect hereon. The Congress, in contrast, would have smelt blood. There will be more takers for their narrative and it is likely that other parties would gravitate towards it. Prospects of a Mahagathbandhan suddenly look brighter. After all, the possibility of coming to power is the biggest glue for politicians.

How and why the BJP lost in Madhya Pradesh, Chhattisgarh and Rajasthan are abundantly clear. Anti-incumbency was surely at work and their chief ministers had ceased to be popular in varying degrees. It can also be safely assumed that corruption and arrogance among ruling party men were to the undoing of the BJP. But above all, the disquiet that has come to settle over large tracts of the heartland over joblessness, lack of economic progress and growing farmers’ distress cannot be ignored.

The BJP has relied heavily on the persona of Modi to subsume everything else during electoral campaigns and turn the tide in its favour. But the prime minister’s unmatched oratory and individual charisma failed to bridge the disconnect that have come to separate the party from the people in the three states. Heady talks of nationalism and Hindutva also failed to shore up the party’s fortunes.

A Ram temple in Ayodhya is perhaps something that many of BJP’s core supporters want. But the Ram bhakts also aspire for meaningful livelihoods. Building castles in the air – in this case the ratcheted up promise of a temple – at the expense of real governance is not a full proof strategy. That’s the biggest lesson from the elections in Madhya Pradesh, Rajasthan and Chhattisgarh.

One Agency Can Investigate Into Activists' Murders If There Is A Common Link: SC