Every time a Croatian player appears before the media at this World Cup, he knows a question about Modric is coming, and every time the answer reflects the admiration there is in the squad for their captain. 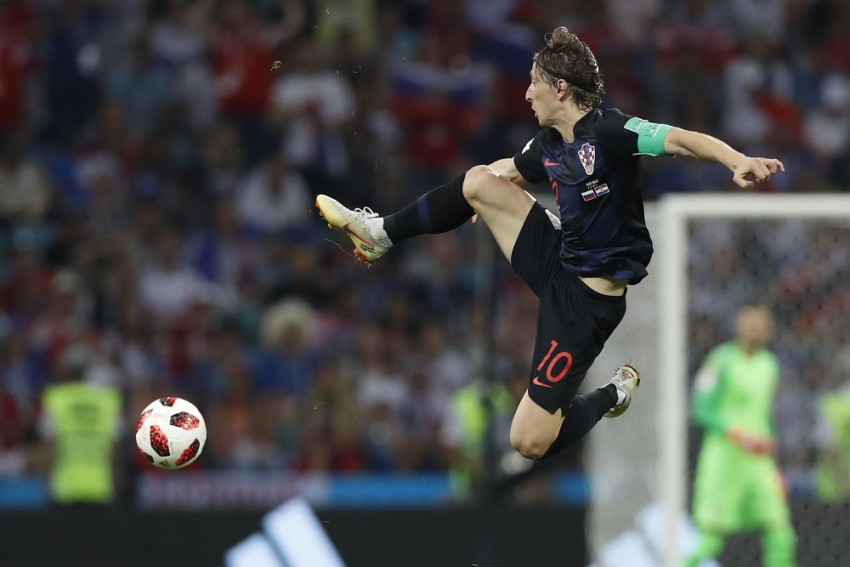 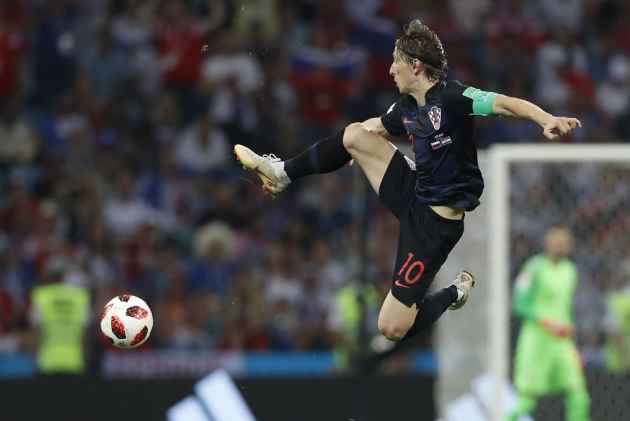 "We keep hearing the same question and we give out the same answer", said Croatia's Ivan Perisic last week.

Every time a Croatian player appears before the media at this World Cup, he knows a question about Modric is coming, and every time the answer reflects the admiration there is in the squad for their captain.

The 32-year-old has been outstanding in his team's run to a semi-final against England in Moscow on Wednesday, picking up the man-of-the-match award in three of Croatia's five matches.

Modric has scored twice in Russia, including a fabulous goal in the 3-0 win over Argentina in the group stage, and twice netted in nail-biting penalty shootouts against Denmark and Russia.

The coolness displayed by the Real Madrid playmaker in the last-16 tie against the Danes was particularly impressive -- having missed a penalty late in extra time, he still stepped up to score another spot-kick only a few minutes later.

After once again starring as Real won a fourth Champions League crown in five seasons by beating Liverpool in Kiev in May, Modric will be almost assured of winning the Ballon d'Or if he can lead Croatia all the way to improbable World Cup glory.

"I've known Luka for a number of years, not only with the national team. We played at club level as well," says striker Mario Mandzukic, who played with Modric at Dinamo Zagreb a decade ago before the latter joined Tottenham Hotspur.

"He deserves all the accolades he gets from the media and public. He has worked very hard to get to this point.

"He is our captain, our leader, we follow him and if the team manages a great result and he gets the Ballon d'Or he will deserve it, and I want it for him."

For a country like Croatia, with a population of little over four million, to be in the semi-finals of the World Cup is a remarkable achievement.

There is little prospect that they would have come this far without Modric, who as a boy was forced to flee his village home after his grandfather was killed by Serb forces in the Croatian independence war.

But this is a player whose reputation took a battering at home before the tournament due to his implication in the multi-million-euro corruption trial of former Dinamo Zagreb chief Zdravko Mamic.

Mamic was sentenced to six and a half years in prison last month, while Modric has been charged with giving false evidence in the case. The offence carries a penalty of up to five years in jail.

Despite his off-field troubles, Modric been an admirable leader for his team on the field, allowing them to match the great side of 1998 that reached the last four in France.

Now they are looking to go one step further, but just getting this far is a source of great pride for Croatia.

Modric has been on the front line in painful past failures for the national team, missing a penalty in a shootout as Croatia lost to Turkey in the quarter-finals of Euro 2008.

Two years ago they were knocked out of Euro 2016 after conceding a late goal in extra-time against Portugal.

"We took a difficult route. We were unlucky at previous tournaments but now we are collecting those debts this year," said Modric after Saturday's win over Russia in Sochi.

The biggest question mark now surrounds the fitness of a team who have gone the full distance in their last two matches and had several players struggling with injuries against Russia.

But if Modric can rouse himself to control another match against England, they have every chance.

"Hopefully we will go a step further than in 1998. We have everything needed to do that, a great team, great staff and I hope we will make the extra step," he said.