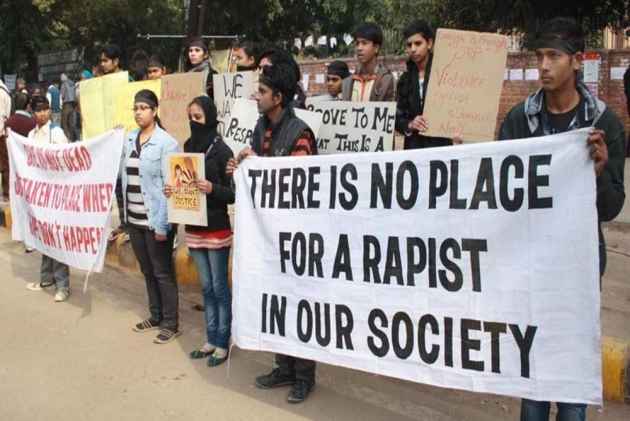 A jailed naxalite couple’s daughter in Kerala has alleged that she was sexually abused by a Maoist sympathizer when she was a minor.

In a Facebook post on Tuesday night, the girl said the abuse still haunts her and that she was dissuaded by others from opening up about it.

The post has created a #MeToo moment in Kerala’s social media space.

Recently, a woman had alleged sexual abuse by a fellow Dalit activist in Kerala.

When contacted by Outlook, Additional Director General of Police in Kerala, T.K. Vinod Kumar said that the police are aware of both posts on Facebook. “Legalities will be examined and the police will take the required action,” he said.

In her post in Malayalam, the Maoist couple’s daughter said, “I first met Rajeesh (Rajeesh Paul) when I was in 10th standard. Those days, many Facebook friends used to visit me and my sister with rose flowers and sweets to protest against the recurring police raids (at our home). It was among them that I saw Rajeesh.”

“He (rajeesh) used to call me frequently after that. He used to enquire about the things at my home and school. Those days, for me, he had the role of a Communist who was trying to understand Mao. He used to tell me that I should also study about communism,” she said.

“I used to call him ‘Rajeesh Maman’ (uncle). He later made it ‘Raji’. Those days, I used to go to Rajeesh and Aparna’s house at Pilathara during every vacation time. Rajeesh used to make me sleep between them. He used to ask why a woman would be afraid to sleep with a man. He would always say that sexuality is not the only thing between a man and a woman,” she recounts.

“One day, he called me and cried saying his life with Aparna was a hell. He said she had other affairs and that she was just using him. He also said that she had doubts about me. It shattered me totally. I was angry at Aparna. Later, he groped me at night when I had gone to their house. When I questioned him, he started crying. He said, ‘It was a mistake, daughter.’ I happened to consider that his apology. Those days, I had no one else whom I used to speak that much and liked that much. Next vacation, when I went to him, he sexually abused me. He claimed that he had my pictures and threatened to post them on Facebook. It was more than bearable for a 16-year-old girl. I even thought of committing suicide,” she said.

Sources in the Kerala police told Outlook that the accused, Rajeesh Paul is a member of a fringe organisaiton called ‘Youth Dialogue’. “Following the girl’s Facebook post, the police have started enquiring his whereabouts,” a source said.

The girl also said that she wanted to “rip apart the man’s double face” but was  dissuaded by friends from doing so. “Its shock was so big for me,” she said, concluding, “I was often scared of being called a victim.”

The girl’s parents were allegedly heading the Maoist movement in Kerala till they were arrested by Andhra Pradesh police from Coimbatore, Tamil Nadu, in May 2015.