One policeman also sustained minor injuries and was evacuated to hospital for medical attention. Authorities suspended mobile Internet services in the area to prevent the spread of rumours. 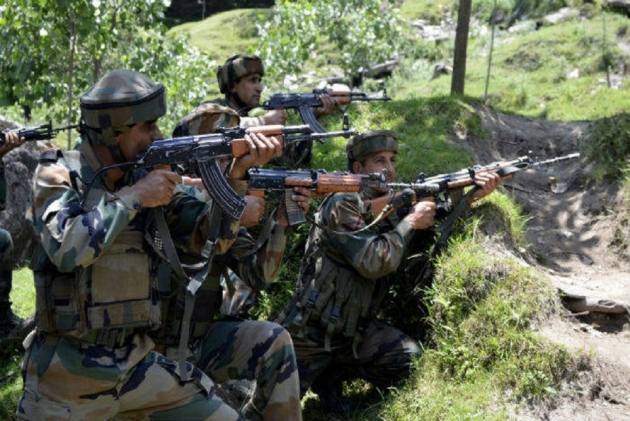 One Jaish-e-Mohammad (JeM) terrorist was killed by security forces in an encounter in Tral, Pulwama district, on Friday. One police personnel also sustained injuries.

Security forces launched a cordon and search operation in Dar-Ganiegund area of Tral, based on credible inputs about presence of terrorists in the area. During the operation a terrorist holed up in a house fired on the forces. In the retaliatory fire the terrorist was gunned down.

The body of the terrorist has been recovered from the site along with incriminating materials including arms and ammunition.

According to an official statement, "The killed terrorist is a Pakistani, codenamed Anwar, who was affiliated with proscribed terror outfit JeM. He was involved in attacks on security establishments and other civilian atrocities in the area."

Elaborating the encounter, Inspector General of Police, Kashmir, SP Pani told ANI, "One terrorist has been killed. No collateral damage has been reported as yet. One police person had also got injured in the encounter, but he is currently stable."

A police case has been registered and an investigation has been initiated in the matter.

The police has urged locals not to venture inside the encounter zone since such an area can prove dangerous due to stray explosive materials, and has also requested them to cooperate with the police till the area is completely sanitised and cleared of all the explosives materials, if any.