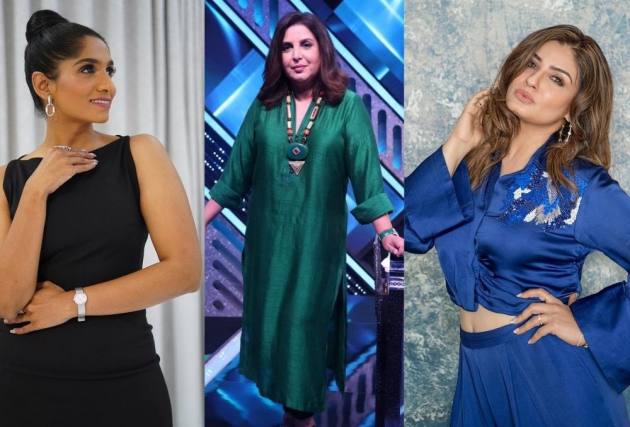 This weekend's episode of 'The Kapil Sharma Show' will feature choreographer-filmmaker Farah Khan and actress Raveena Tandon. The weekend episode promos are out, as the channel uploaded a video of the women having a good time with Sharma and his teammates on Tuesday.

Jamie Lever, the daughter of comedian Johhny Lever, who recently joined the comedy show, will be seen imitating Khan in the episode.

Jamie Lever enters the stage and gives her introduction, “Yeh mere cheela shoes and mere Jaya Prada bag (These are my Cheela shoes and my bag is from Jaya Prada), I am Bhavika Bhatt from Bhavnagar.” Jamie Lever then imitates her father Johny Lever upon Sharma’s request. Later she did Khan’s impression, by saying, “Oh god, don't do this ya. It is a really big problem ya, I was so scared coming here today.” Khan and Tandon burst into laughter after this.

Later Sharma is also seen asking Khan whether she liked his dance. Khan jokes saying, "Ye dance dekh ke baarish hi band ho jaaye. (Watching his dance, the rain might stop)." Sharma then points out at judge and actress Archana Puran Singh and says “Mein inka dikhaun aapko dance (Do you want to see her dance then)?” Khan then replies, “Inka meine dekha hai, inko meine choreograph kiya hai kayi bar. Mera career doobte doobte bacha hai (I have seen her dance moves, I have choreographed her several times. My career was on the verge of sinking because of her).” After which everyone bursts into laughter.

On the work front,Tandon was recently seen in the Netflix series ‘Aranyak’ which happens to be a crime thriller.